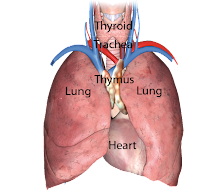 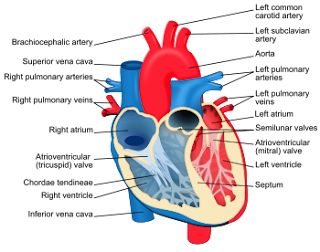 Often in Qabalah the Heart is associated with Tifereth but I disagree with this attribution - not only does the immune system (situated originally in the Thymus gland) clearly connect with the sefiroth of Gevurah and Chesed but the actual function of the heart, its contraction and relaxation, its blue and red blood vessels.  Tifereth, as the glow of light, is much more suited to an energy centre such as the liver and pancreas (as was discussed in that post).

Physiognomically there are two characters which represent this system, namely the Shellfish (which identifies self and is associated with reaction to the moment) and the Confused Venutian (which identifies the foriegn and is associated with analysis of the moment). Socially the two characters behaviour matches this function, Shellfish are very keen to identify with people and form groups or teams under the same banner, they love hosting parties and are very social whereas the Confused Venutian stands apart from such groups and typically finds it more difficult to identify similarity between themselves and other people.  These functions clearly match up with the Sefira - the Shellfish as Chesed is all about love and coming together, the Confused Venutian as Gevurah is about strength and judgement.


This image is representative then of the part of the immune system that recognises the other - in one paw it clutches some kind of detector for scanning the identity of the forgien bodies and then in the other it carries a weapon for dealing with them.  Typically then these individuals will not be automatically trusting of new people but will want to find out as much as they can about them first - this may come off as social awkwardness.  They will also have a propensity towards violence and destruction - this may come in the form of weapons training with sword or gun, or in the form of a love of violent movies or video games.  They generally make good engineers/research-scientists/scholars along with soldiers as in the Metabolism of Time this character is associated with the 'analysis of the moment' - and as such not only are they good at deconstructing people and situations but also ideas and their accompanying vast bodies of data.  Like the Jay and the Bloodless Being, these characters tend towards being rather thin (relatively speaking), they are inbetween the lithe musculature of the Jay and the slim long-boned refinement of the Bloodless Being.  Since their immune system is hyper-calibrated towards the identification of foriegn bodies they can often have runny noses as they destroy invading cells more effectively then other types.


The Shellfish (cellfish) is all about recognition of the self - they are very pleased to see you if they are your friend.  They love giving gifts, buying drinks, hosting parties and anything where identity is shared - like football teams, or church groups, or company celebrations.  Entertainment is one of their key desires, they love to entertain, whether it be storytelling, magic tricks or stand-up comedy - remember that in the Metabolism of Time this character relates to 'reactionto the moment'.  This love of partying obviously results in a decadent lifestyle and often leads to various forms of addiction because of over-indulgence.  Like the Mime and the Ignorant Fool, these characters are of the stockier type (right hand path), but again distinguishing 'genetic' character from the way the flesh hangs on the skeleton is a tricky skill and takes time to acquire.  Differing between 'meat' and 'fat' is important, and these guys whilst often bigger will tend towards the meatier side of flesh and it will desposited all over their body and not just in the belly area (which is more to do with the Prisoner and the pancreas/insulin).   As the Confused Venutian tends towards the manic, the Shellfish tends to the slothful, relaxed and lazy but this is normally in their own company, which you wouldn't see if you meet them at a party.

As with the other types your genetic makeup determines a lot of the basic advantages and disadvantages that you have in life and therefore by contributing to underlying moods has a massive effect on the character that is manifested.  Typically were one to be objective about this one would aim to identify the potential problems and take up behaviour to counter or moderate the negatives and enhance the positives but the problems are also a great source of 'story' and if one has a love of story they are to respected and explored as thoroughly as the positives.  Also bear in mind the idea of paths, you may encounter an individual who is along the path between Gevurah and Chesed - think about how somebody who combines these opposite traits manifests in the flesh - I have noticed the epic poet falls into this category.