The Tree of Life - The Saadia Tree, the Twelve Zodiac Signs and Genetics III and Summary

During the last series of essays on the Blogos we have looked at the associations between the cellular nature of the human body and the ten Sefirot and the twenty two astrological influences of the Sefer Yetzirah.

In the first essay we looked at the relationship between the three elements and the tripartite nature of the body - blood (air), cells (water) and nuclei (fire) along with the tripartite nature of respiration - oxygen (air), water (water) and sugar energy (fire).  We discussed carbon dioxide as ''earth'' in that it is a gas which we export from the body in respiration and which goes on to be used by plants to make the soil, vegetation and land of the Earth.  Carbon dioxide is not stored in the body which is why we have three elements rather than four.  This is especially important when building the Tree of Life into our auras.

In the second essay we looked at the relationship between the seven planets, the seven vertical paths and the organelles - planet-like structures that exist in the cytoplasm of every cell.  We imagined a descent into the cell from the membrane (Saturn), through the endosomes (Jupiter), the lysosomes (Mars), the mitochondria (Sol), the Golgi apparatus and the endoplasmic reticuluum (Venus and Mercury) and finally the nucleus itself (Luna).  This descent into the cell following the Chaldean order of the planets takes us into the interior of the Earth, our chronosomes, where we may find the hidden stone and unlock our latent powers. 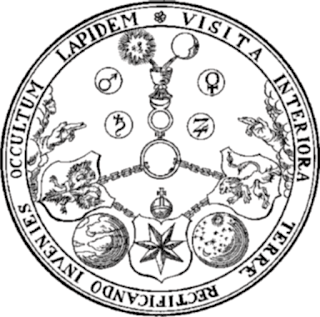 In the two sections of our third essay we discussed the link between the twelve zodiac signs and the twelve basic genetic mechanisms of the DNA, the molecular whirlwind which dances in every nucleus - whereby our DNA is copied, reproduced, read and translated, repaired and recombined as it has been ever since the dawn of the first cell.  We looked at how these twelve signs and their genetic mechanisms match up with the twelve diagonal paths of the Tree of Life, effectively creating the shape of DNA itself in the glyph, and we see how the information stored in DNA emerges from the nucleus and creates every thing in the body.

In the Sefer Yetzirah we know that the twenty two letters (plus a fabled twenty third letter of the future world, a four headed Shin) merge into one name and here we see our twenty three chromosomes and the way their genetic material is deployed to create our entire physical and to a great extent, psychological being.

Sometimes in the current obsession with identity politics in the Western Mystery tradition, or with assuming a scholarly historical approach to the subject we forget that our ancestors, the alchemists, were primarily mystical experimental scientists and their principles are embedded in the scientific knowledge we have today.  There remains an untapped wealth of wisdom here which misdirected intellectual energies continue to fail to recognize and explore.

Ten Sefirot out of nothing. Ten and not nine, ten and not eleven. Understand in Wisdom and be wise in Understanding. Examine them, investigate them, think clearly and form. Place the word above its creator and reinstate a Creator upon His foundation; and they are ten extending beyond limit. Observe them: they appear like a flash. Their boundary has no limit for His word is with them: "and they ran and returned." And they pursue His saying like a whirlwind [vortex]; and they prostrate themselves [bend] themselves before His throne. Ch.1, V1. Sefer Yetzirah - Saadia Version


In this final section we will look at the two remaining signs of Aquarius and Pisces and their assocations in our twelve basic genetic mechanisms.


Aquarius and Pisces - Repair and Recombination

DNA is damaged in a variety of different ways, from toxins to cosmic rays, and there must be processes in order to repair the molecular lesions that occur.  When a section of the code is damaged an enzyme scans along the strands and uncouples the DNA in the mutated area copying the correct code from the remaining unaffected strand then repairing the missing links.  Damage to the DNA if uncorrected can lead to mutations and to cancer.  We see the glyph of Aquarius in the zig-zag motion of the DNA as it is being repaired.

During meiosis the production of sperm and eggs, the DNA is recombined, information swapped around between chromosomes and/or strands so that a new mix of DNA (and its accompanying traits or phenotypes) are created.  In this sense different sperm can potentially create different babies.  We see the glyph of Pisces in this swapping over of the strands. 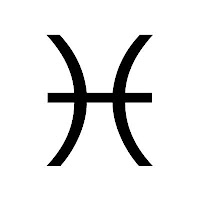 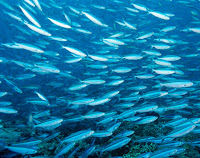 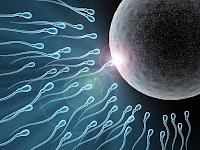 The principles outlined in the Tree of Life essays can all be applied to what I call cellular consciousness, understanding the structure of your consciousness to be the same as the structure of the cell.  These associations once explored, memorized, and internalized will open the tremendous depths of your being - a being which continues in an unbroken line to the origins of life and into the furthest reaches of our metaphysical antiquity.