Probability engineering, or sorcery, is the manipulation of events in time through strange attractors - spells, amulets, spirits etc.  But if there is a huge variety of potential universes isn't this kind of magick simply the selection of different universes, a kind of probability surfing?  When your perspective jumps universes, there is still a you left in the unmagicked timeline.

I am imagining myself moving through my time line like a trampassenger, if I do nothing I will stay on this path of least resistance until the end.  If I act ''magickally'' I am deciding to move from one line to another.  A line where I am rich or wise perhaps.  My tram will break from one tramline and join another.  From the moment your tram track joins the other your shared experience with those other yous who were already on that line will be the same - you will pass the same sights, observe the same events  - even though passengers on the rich self  before you would have observed a different route to the same reality.  Maybe they were born rich.  The perspective of any individual passenger can be different, the opinions they form about what they observe are non-determined.  How many observers could there be on any given individual self?  A gigantic number all making observations and opinions simultaneously and completely unaware of each other.

All the tramlines are loops though.  The voice may say the end of the line but in reality the tram simply turns around and goes back the way it came.  In this case through the reversiverse - the afterlife where you have to go through the decisions and, more importantly, the opinions of life - you go back along the tramtrack seeing the same things in reverse.  The extended self of all possible probable 4 dimensional selves constitute the total tramloops.

Although it might appear that the number of probable 4 dimensional selves is infinite, since it is based on a binary choice of yes or oops in any individual planck moment it is finite.  In reality most of these tramloops do not adhere or subsist in time and the number of robust loops for any given self is probably a more manageable number.  The reason that the loops do not subsist is because a group of individual yes or oops! decisions played out in a variety of ways all lead to the same event in aggregate.  The versions that do subsist may be as low as fourteen, playing out varieties of the dominant seven planetary kingships and transpositions - a poor self, a rich self, a wise self, a stupid self, fertile, barren, at peace, in war, etc.  - together this would constitute a kind of temporal structure in the 4th dimension, like we see structuring in the clusters of galaxies and so on.

The act of magick is in itself a deviation.  Like breaking out of established loops like eating, breathing, digesting or sweating breaking out of a timeline is not completely safe.  Try to deviate in a non-robust branching moment and your tram is likely to derail.  Timing is everything.  And you can't deviate for long, you will have to successfully navigate to that other line.

From the perspective of our fifth dimensional level of higher-self, our hypersphere, the part that experiences all possible probabilities, it seems the tram does not move so much as the lines move through the tram, the fifth dimensional self never leaving the tram of physical sensation/perception/intelligibility but simply guiding which lines move through it.  You are not engineering the universe, you are selecting a route through it. 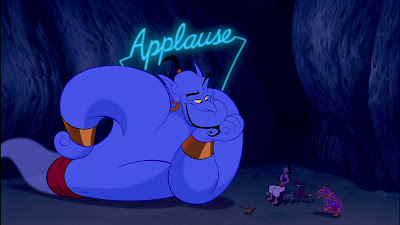