The Depths of Up and Down - Is it Synching in?

Aha! You see?  That's what you said... We all, as I said, everyone has feelings, everyone would like to 'make a difference'.  Everyone says 'I'm a maverick' but we're, you know that, just one part of the whole, nobody's a maverick.


Synchronicities are like sonar pings - the rate at which they happen increase as I head towards a significant event and decrease as I move away. 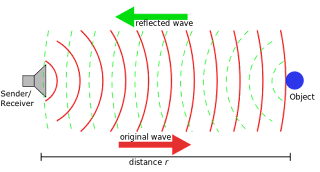 What is a significant event?  The work with Raziel on Daughter Dimensions would suggest that a significant event is a robust branching moment, a place in space-time where your life diverges one way or the other.  I do not believe that there are an infinite number of possibilities in each moment, I believe the universe - spatial, temporal and observational - is finite and that any given life path collapses down into a manageable number of branching moments.  Although there feels like freedom in movement a series of different decisions of yes or oops in a number of moments lead to the same event in aggregrate* - there are perhaps fourteen versions of me in total.  Like riding in a tram I am free to do whatever I want on the inside of it, think what I want, talk to other passengers, form opinions of what passes by but I can only get off the tram or change to another track at certain key moments.

An obsession with synchronicities and a desire to navigate ones life via them stems from the Mercurial in us - the guide of the dead** - and ultimately from the Depth of Down (In/Fall).  For those who fixate on synchronicities heading towards a significant event and the uptick in the ping ping ping of synchs feels like you are spiralling in towards a nugget of destiny, fate or perhaps even magickal success.  The treasure that one discovers at the middle of this spiral is the vertex of the branching moment and, ultimately, meaning itself***.

Obversely our Venutian impulse, and the Depth of Up (Out/Rise), is about spiralling out - the police sirens screaming by your car in the night, Doppler staggering themselves into the darkness beyond your hearing. Leaving the city behind you, driving on that open road in the middle of the night, the yawning cosmos above you and the pinglessness in your heart is about getting lost as opposed to being discovered.


In the Metabolism of Time, the Depths of Down and Up are related to Remembering (discovering/synching in) and Forgetting (getting lost/de-synching) respectively.  If an uptick in synch pings indicates that we are moving towards a significant event - a memory, or branching moment in our pre-existing histories - then a decrease indicates we are moving away from one.  At the maximum distance away from a branching moment before we head towards another we may expect to encounter moments which are de-synchronous - the best way I have of describing this is ''Surprise!'' Following synchronicities has a sense of inevitability to it, that they are leading to something and as you are increasingly initiated into the Mercurial you acquire more knowledge of the specific type of event that the synchronicities are prologuing for you - you know how to read the signs.  The de-synchronous Venutian surprise always seems to have something of the time-ghost to it - a long lost love, friend or enemy turns up for example but not foreshadowed, you won't see it coming in the mirror...  Otherness, forgotten for so long it has become strange and alien.  Although navigation by synchronicity is easier, navigation by the de-synchronous is still possible.


A magician who believes in free will would say that they create the event in the future that they are gleefully pinging towards.  As a results-oriented WMT stumbles towards an understanding of the retro-causal temporal entanglement that is the only plausible explanation for many of those results, we grasp that the event causes the magick as much as the magick causes the event and our agency in this is called into question - the egregore creates us as much as we create the egregore.

Magicians avoid this line of reasoning as it really cramps their style.

Not only have I imagined these games, I have also meditated on the house. All parts of the house are repeated many times, any place is another place. There is no one pool, courtyard, drinking trough, manger; the mangers, drinking troughs, courtyards pools are fourteen (infinite) in number. The house is the same size as the world; or rather it is the world. However, by dint of exhausting the courtyards with pools and dusty gray stone galleries I have reached the street and seen the temple of the Axes and the sea. I did not understand this until a night vision revealed to me that the seas and temples are also fourteen (infinite) in number. Everything is repeated many times, fourteen times, but two things in the world seem to be repeated only once: above, the intricate sun; below Asterion. Perhaps I have created the stars and the sun and this enormous house, but I no longer remember.

*A bit like a choose your own adventure story book.
**We may already be dead and this is the underworld.
***Meaning or context is derived from the branch, it is the third step - point, line, branch - or ''Binah'' - see Changing the Future on the Metabolism of Time diagram.
Posted by Blogos at 5:25 AM