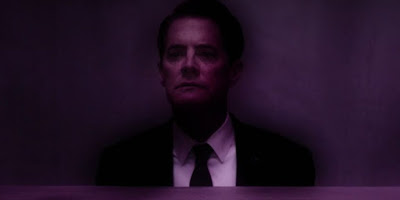 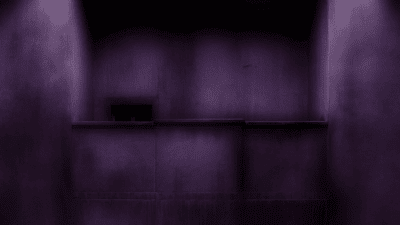 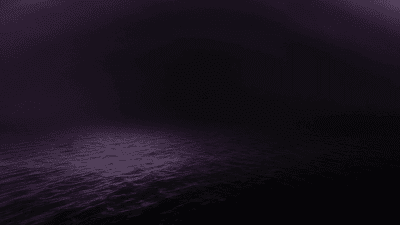 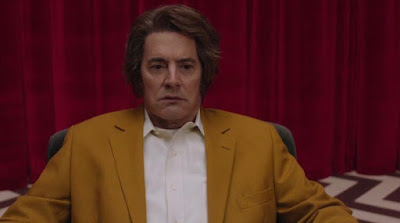 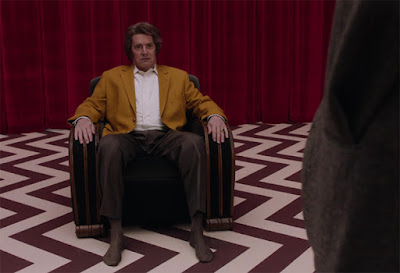 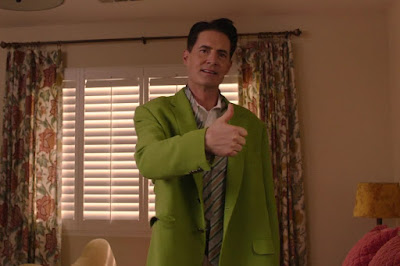 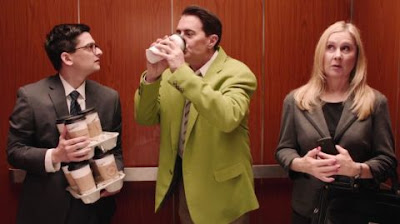 What Lynch is doing is charting Cooper's resurrection so therefore the next episode should, in theory, see his consciousness, or a form of it, restored in Tifereth.  Already we can see the symbolism of Tifereth cropping up in the gold shovels, the yellow jeep and the copious amount of ''sons'' that have suddenly flooded the show.   I will need to watch it through again to see how much attention he is paying to the (probably Kircher variant) paths.  Although Lynch does put his own spin on this now I can see clearly what he is doing we can expect (in the next ''episode'') solar imagery, bold yellow, Jesus myths (or Egyptian equivalents), possibly ''seat of the HGA'' stuff*, more ''Sonny/Sunny Jim''.  As he approaches Tifereth note how our new Fallen Daughter has been introduced to replace Laura Palmer.**  I could go into more exhaustive analysis but it is beyond the remit of this post. 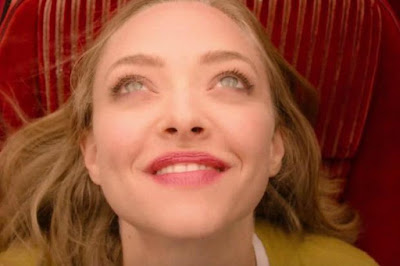 This should all be incredibly obvious to anyone with a modicum of understanding of the Hermetic Qabalah.  As I said in Lynch and Lovecraft, the Vision of the Machinery of the Universe is clear in the Yesod scene with the weird machine floating in space, and the portals through actual machinery. But if you take a book like Dion Fortune's Mystical Qabalah you can see the list of imagery and just tie it to the scene - for instance the sandals are associated with Yesod and one of the problems that Cooper has is his shoes disappearing.  This kind of painting by numbers art does produce quality material in the end, its a great source of both structure and inspiration, and I have employed this strategy myself numerous times in the theatre - you would struggle to find a show which hasn't been touched by the Qabalah in some way.

There are many flaws in the Golden Dawn Hermetic Qabalah - the system is almost certainly based on errors, there is a lot of unnecessary conflation in symbolism and the ''Snakes and Ladders'' approach forming their system of initiation is responsible for all kinds of misconceptions. Although there is a lot to be said for the way in which these problems force you to make detailed research, compare and contrast source materials etc most practitioners assume that the Kircher Tree of Life is the Tree of Life and we have paid a price for that in the WMT.  Fake Tree.  Even with a cursory study of the Jewish Kabbalah you should be able to see these mistakes and make corrections towards a Tree based in the clear rule of 3, 7 and 12 and you will immediately reap the benefits of a system way more in line with basic astrological knowledge rather than this muddled hodgepodge.

Over the last decade the Hermetic Qabalah has been under attack from all directions, but for the generation of Bowie and Lynch this system was not challenged - most practitioners really thought the Kircher Tree was the Tree and Golden Dawn derived Hermeticism as it existed in the middle of the 20th century influenced Led Zeppelin, Pink Floyd, The Beatles, the Doors, etc etc - and I can absolutely forgive Lynch if he ends up realising an unrectified/Golden Dawn interpretation of the Tree of Life in Twin Peaks Season 3.  Compared to the current phase of the WMT with its toxic attention to minutiae, pre-school ethics classes and endless dissolute chat, the broad carefree strokes of days gone by are actually fairly refreshing.

I'm old school Denise you know that.  Before you were Denise, when you were Dennis and I was your boss, when I had you working undercover at the DEA, you were a confused and wild thing sometimes.  I had enough dirt on you to fill the Grand Canyon - and I never used a spoonful because you were - and are - a great agent.  And when you became Denise, I told all your colleagues, those clown comics, to fix their hearts or die. 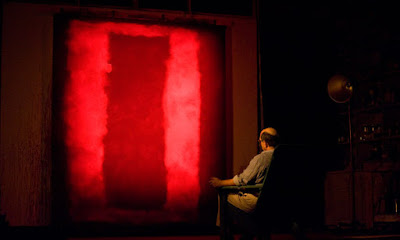 *Tifereth is referred to as the Seat of the HGA, at this point in initiation it is when one has attained K&C with the HGA but not where one has become it (this is in Binah, the Magister Templi).  To some extent this is when the inhabiting spirit/daimon begins its dialogue, to some extent your mind acts as its throne.  Just like Gerard could be repossessed by Mike we might see Dale channeling some kind of other entity as well.
**The Fallen Daughter was Laura Palmer who was restored to the throne of the Superior Mother.  In my own system the Superior Mother or Binah is referred to as the Bloodless Being.  As the Bloodless Being explained the reason she is Bloodless is because she exchanged her blood for light so the leeches could not get her.  We see this light being when the Superior Mother Laura Palmer removes her face to show the light being underneath.  In creating this new Laura Palmer (Amanda Seyfried) would it be wise to predict her imminent death?
Posted by Blogos at 3:01 AM