Diane - What did you say your name was again?
Tammy - Tammy.
Diane - Fuck you Tammy.


The Stoics believed that the universe was a single pantheistic material God and that the soul must be corporeal otherwise it would have no real existence.  Logos operates within the material substance therefore it is better to understand that material as pure mind and that various chunks of matter are thoughts (words of the word) - the soul then, fine and subtle as it is, is also of this mental material.  In this interpretation I can see no reason why the soul cannot literally be DNA - a time travelling reincarnating information spiral which probably stores all memory of that particular branch of the Tree of unfolding Life.  Within our tradition there are some nebulous definitions of terms like soul and spirit, but for me the soul is the genetic material incarnation (not the physical body persay which is the ''Guph'') and spirit is the time-traveller consciousness (logos being a kind of superconscious spark that permeates the mental material) that can become aware of its various ''incarnations''.  This spirit finds it easier to travel along soul lines (back through the history of your current incarnation) that are connected but with more difficulty you can go down one line of DNA, change at various junctions in the Tree of Life, and spring out in another person's perception. Just for clarity in my back and forth with Io, the soul as I define it is similar, a playground of time and anti-time that allows spirit to manifest in the first place.  The interplay of spirit (Neschamah) and soul (Nephesch) are what we experience as consciousness (Ruach). 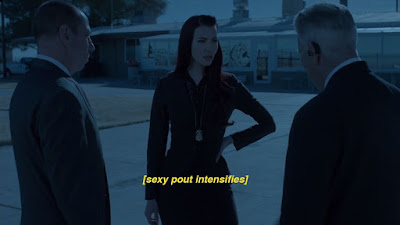 After discovering the Astrogenetic associations back in 2001 I have oscillated between explaining astrological synchronicity as either the action of remote spatial influences on the subtle genetic material via gravity or light (reflected or otherwise and ultimately forms of this mental material) or whether they are markers for various positions in the cell cycle and have no direct physical influence simply mirroring each other.  When Kabbalists talk about scales and fractals like we do with terms/concepts like Hod of Netzach or Tifereth of Tifereth we can do so in such a way that diminishes various levels, a kind of ''top down'' view of Kabbalah a la primum mobile that champions the fixed stars and then the central galactic black holes as the crown of the hierarchy - but to my mind we ''descend'' to the Merkavah (Yordei Merkabah), Atziluth is not ''up'' it is within, i.e. the mathematics that underwrites reality which you can find the same in cell or star - the number one as the true primum mobile.

When we see the whole of the galaxy as an organism, similar to our own but on a much greater scale, it makes sense that there would be guardians set against us for different celestial levels, in the same way there are all kinds of immune functions that are targeted against our own cells - the body kills a lot of its own cells and defends against them getting lary.  When I am teaching astral projection I talk about how your own Outer Mind (Neschamah) has to guard against the action of your Inner Mind (Ruach) because it is not responsible to manage such things as sweating, blinking, peristalsis and so on and will therefore block the entry of yourself into yourself - if we are not responsible enough to manage our own sweating then we are clearly not responsible enough to mess around with the gravity settings of distant stars!  ''Refining'' the Ruach allows it greater glimpses of spirit - the Neschamah which experiences such things as simultaneous multiple incarnation across time (and where magick really happens), etc - the less ''refined'' the Ruach the more likely your experience is to be only in line with the DNA of your current incarnation.   I feel like refined is the wrong term implying too much judgement for my liking,(it lends itself to top down thinking) but being close to one's initial* soul is a different experience than that of leaving or distancing oneself from it and it seems that being close is the default and the other requires more work - like swimming against the current.  Unlike the Gnostic (closer to spirit) or the ''Sorceror'' (closer to soul), the Kabbalist attempts to walk the middle path.  In my own work these two competing drives have often been reflected by two different ''animas'' blonde and brunette - Alice for the Gnostic, and Red Riding Hood for the Soul** - with the third way some unspecified redhead, which for now can be Agent Tammy Preston.

*All souls are initial from the perspective of the Neschamah which experiences simultaneous incarnation.  Accessing that simultaneity from within the confines of a specific incarnation can be disorientating.
**Blondes are not confined to metaphysics nor are brunettes confined to the cthonic.  Beth Gibbons is a great example of a Blonde Red Riding Hood.
Posted by Blogos at 2:09 AM