The people of this world require social nutrition in the form of attention - they require praise for work done well and criticism for work done badly.  As outlined in Conflux - Masks certain types of behaviour are manifested by different physiognomic characters in order to complete their metabolism.  A Lover will seek out physical attention by lightly touching people, an Immortal will seek out attention by restating the group/team position and/or goals, an Angel by engaging in intense conversation about love or death, etc.  The responses to their behaviour are both negative/positive and these responses have an effect on the Mask to distort it (to consider this in the simplest possible way think about how saying something nice to someone makes them smile and saying something mean makes them frown) - with extensive bursts of one type of attention producing corresponding extensive distortions.  Attention which reaches the levels of abuse (both positive and negative) is that which results in distortion of the mask (and corresponding behaviour) to one suited to a different physiognomic character.  The natural state is in equilibrium where the character will seek positive or negative attention and when they recieve it either seek out the opposite for a while or simply withdraw from the need for social nutrition while they 'digest' and return to their natural state. 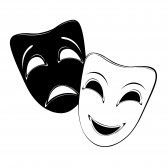 In terms of moral obligation here an individual is part of this system of social nutrition and should give and take both positive and negative according to their own needs whilst staying true to their underlying physiognomic character.  There are times when it becomes necessary to either stave off a Master Player (an individual who is aware of this system and uses it to manipulate people to their own baleful will) or to use it in the form of healing an individual who has had their mask distorted for one reason or another.

A working knowledge of the underlying theory is necessary for advanced applications - one should feel that they have comfortably identified the different archetypal characters which reveal the the nature of the physiognomic character they are attempting to work with so that they have knowledge of the type of behaviour which is naturally suited to this individual. 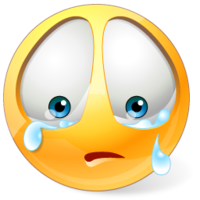 As detailed in the various sections positive and negative attention have the stated effects on individuals when they recieve it but there are ways to magnify the impact of attention by building individual bursts of attention into attention structures.  For instance say one encounters someone who is deeply sad for a reason, who has had their mask distorted negatively and who needs to be built back up in order to restore the equilibrium.  One can provide a continuous stream of positive comments (compliments, praise, heartfelt and uplifting advice, etc) but this will have a rapidly reducing effect over time.  Imagine now that you have just achieved something really good and everyone is giving you compliments, but then there is one person who criticizes - oh how we hang on to that negative comment amongst the positive!  The negative here is magnified by its position amongst the positive, gaining in strength by the contrast.  One can use this principle of contrast and magnification and build a structure.  If someone really needs a boost a more effective way, although seemingly strange on the surface, is to provide a small string of positives, one negative and then one strong positive at the end - the negative providing the contrast provides a springboard for the last positive.  One can reverse this principle, applying a stream of negatives, one positive and one strong negative at the end - if someone needs bringing down (which obviously happens as often as people need bringing up).  These are two really simple attention structures that allow one to magnify the effects of attention increasing the yield of said attention over time. 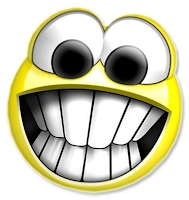 A Master Player is essentially a fevered ego, a mask that has been distorted into a kind of parasitic state where it will feed on attention to maintain its warped state - either reinforcing its negative distortion by seeking out hatred and criticism, or its positive distortion by seeking out compliments.  Typically on some level the Master Player is aware of the system I have outlined above, they know what they are doing to get what they want, they know what works and what doesn't work and so typically they will be aware of someone attempting to use those same principles to clear the fevered ego and will fight against it and/or retreat.  In this situation, depending on how advanced the skill of the Master Player is or how severe their distortion one must use a third principle amongst the negative and the positive and this is called the neutral (pause or silence).  Attention has the characteristics of a drug and one can become hooked on it - in general or for from an individual (see Masks for more clear examples of distorted behaviour in this sense) - with the correct use of the pause or silence one can use the force of the dependency itself to bring the problem to the surface.
Posted by Blogos at 3:07 AM