Metabolism VIII - The Cellular Membrane and the Astral Temple 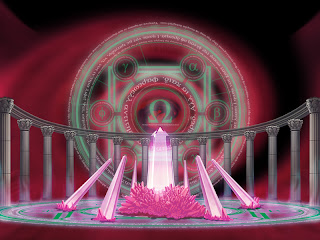 The Astral Temple is typically created in the following way.  During meditation or trance state, one uses their imagination to go to a ''different dimension'' where one visualizes their temple complete with its furnishings and exterior finish.  When one has ''gone there'' one can perform various kinds of work in this Astral space - communing with spirits, centring oneself, etc.

Very much like my position on Pathwalking, as a practice that should be undertaken in the ''real world'' as opposed to a guided meditation,  I would now like to present you with a similar take on the notion of the Astral Temple.  Since consciousness *never moves* and your physical representation in that consciousness is always at the centre of the cell of your consciousness you can *always be present* in your Astral Temple, indeed you already are - it being a delusion that you directly experience the physical world.  The Astral Temple is not in a ''different dimension'' but overlaid on this one.   You do not need to go to a different dimension you are *already in your mind*.  You always have been in your mind.


Lets begin with something like the calling of the Angels.  There is no reason why one needs to call the Angels repeatedly.  Correctly understood, the Angels can be in their positions in front, behind, on your right hand on your left hand - all the time - performing their various roles.

Or perhaps you may use an association of the Angels of the Sefirot with its sometime different and extended array of those mighty beings - when the Tree of Life is overlaid on Cellular Consciousness, according to the instructions that have been given in this blog, there is no reason why Metatron is not always in the Bloodstream of Time, why Raziel does not sit at the Cell Membrane filtering it for secrets to enhance your cell with, why Tzaphkiel is not with him constantly surveying that Bloodstream for evil intent from the Qliphoth, or why Michael as Tifereth is not the glowing sun of your mitochondria, why Gabriel is not the fortress of your Nucleus, etc.


Magick is not something one should turn on and touch for a moment, experience the truth of your cellular consciousness, and then return to the delusion that you look through your eyes at the world.  It is a truth you should embrace.   The training one performs with a physical wand or a physical cup are like stabilizer wheels when you are learning to ride a bike, once fully understood this magickal equipment exists as a permanent feature of the astral temple where you *always are*.

The magickal sword is part of your psychic defence machinery, like the lysosomes form the defence of the cell, always endeavouring to break down hostile entrants, so your magickal sword should be ''permanently on'. In this way your cell will be kept more free of hostile phenomena - don't pick it up when you are being battered, be permanently battering your foes, physical, mental or emotional.

Similarly, the spiral wand of the DNA is your spine up to the top of your brain - as Feelix is in the centre of the cell in his kinosphere, so *you are your own wand*. The cup is the brain pan, the pantacle always under your feet at the base of your kinosphere.  Creation is as simple as unwinding that information in yourself to build phenomena from its raw building blocks (the astrological forces) or opening the gates in the membrane to allow raw materials or phenomena to flow in - and of course having the focussed will to do it. 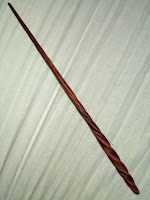 Any standard room is normally modelled on a cell - there are gates and openings in the membrane (doors, etc), an energy source like the mitochondria (lighting, heating), product carrying endosomes (containers), an information source like the DNA (books, computers and *you*), a waste removal system, etc etc.  A normal magickal temple is typically an enchanted room with various magickal objects in it which are used for ritual purposes - so its an ''enchanted cell''.  An astral temple is typically seen as an astral version of this in ''another dimension'', or in the imagination.  What I am discussing in this entry is taking your work from the material through the ''astral'' to the noetic - which is the true state of your existence.  The light that fills the room you are in right now, flows from a physical source, but exists in your mind - in your cell of consciousness - as the mental representation of that light.  What you are seeing is the mental light that has been produced by the magickal lamp not the physical light produced by the physical lamp.  Let that awareness, that your consciousness is the source of that mental light, complete you and enliven you.

We know that there is nothing important in the material itself.  I believe that the devotion required to gather specific materials in order to make magickal objects is hugely important because that devotion harnesses and hones the *Will* which is the creatrix.  The Will of a master craftsman such as Frater Ashen Chassan is always impressive but it is not the carbon, oxygen and hydrogen atoms of the wood, etc that he uses that is important its the dedication and commitment that goes into making it that is.


''I have been studying how I may compare this prison where I live unto the world...''
Richard II, ActV, Scene V - William Shakespeare
Posted by Blogos at 3:56 AM