The Tree of Life - Response to Qabalah is the New Black

Io at the ViaGnostica blog has recently gotten into the Saadia Tree detailed here.  This is an arrangement of the ToL that obeys the rule of 3, 7 and 12 which can be very simply understood as the 3 horizontal paths are associated with the 3 mother letters, the 7 vertical paths with the 7 double letters and the 12 diagonal paths with the 12 simple letters.

I urge you to read the posts as they are a great example of someone grasping the simplicity of this arrangement and also its depth/potential as opposed to the corrupt and unbalanced Kircher Tree which forms the illogical basis of much of the writings of the Western Mystery Tradition and which many occultists end up rejecting.  The Saadia Tree is logically consistent, authentic and more effective...

Links to his excellent analysis and exploration is so far: 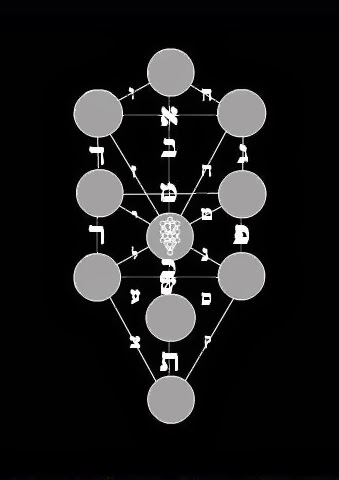 I have commisioned a better version of the Saadia Tree (above) and hopefully I will have it by next week.