The Tree of Life - The Rivers of Time


When I was a young man I received a vision of the Tree of Life in the form of twin rivers weaving together to form a double helix.  These rivers flowed from the top of the mountain, joined in a lake, split once more beneath a viaduct, formed the moat of a tower, beyond into a marsh delta and then finally out to the Sea.  As the rivers flowed so did time; it was always morning in the mountains and always evening at the shore.  Night, it seemed was far out to Sea. 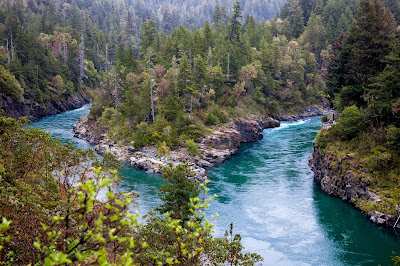 Along the banks of these rivers of time lived a set of characters - The Ignorant Genius, the Ignorant Fool, the Bloodless Being, the Treefrog, the Shellfish, the Confused Venutian, the Prisoner, the Mime, the Jay and finally the Many Mannered Mind Man.  In my visions, I conversed with these characters and they each had something to tell me about the nature of humanity and time itself.


A couple of years after working with these characters and applying the knowledge they had given me I came across the Western Mystery Tradition and began to study the Qabalah.  I met my first esoteric teacher at university (where I was studying Biochemistry and Genetics) and he introduced me to the Eastern Mysteries and though I was fascinated, my passion for alchemy, qabalah and magick never wavered. The Rivers of Time, it seemed, were congruent with the Tree of Life, these characters were partzufim, their conversations with me like that of spirits, or maggidim.  Through the Great Work, I opened the archives of my magickal memory - I was poet, monk, slave - fish, frog, demon and angel. The Great Work showed me the only path - of service, of teaching, of medicine - that lonesome road that would lead to the damned Tower in Prague and the secrets of Raziel that still I fear to share.


As I continued my studies, the Rivers of Time were enriched by molecular biology, endocrinology and many other ''logies'' - I saw the wisdom of ''as above, so below'' and Cellular Consciousness began to emerge in this heart that loved knowledge - my background in science and mysticism allowing me to free-scale the four worlds.  My studies at university concluded with chronobiology and cryptochrome - an appropriate finale to this stage of the path and, after university, I pursued my studies of Qabalah still further, gazing into the Kabbalistic mysteries of the Sefer Yetzirah, with excellent mentors and admirable peers.


The physiognomical secrets revealed to me in my youth had been enriched by these studies - I understood how the perception of time was intrinsically married to character, I could see destinies configured in faces, flesh, or fat and I could see the psycho-dramatic solutions; the rituals necessary to heal the rifts in the souls of my siblings; the words they needed to hear and to say.  I could see how spoiling and abuse lead mankind away from itself and into a labyrinth of false masks, and how they then so identified with these masks that they forgot the truth of their own soul beneath them - those Rivers of Time, navigable and coiling in the nucleus of every cell of their being - their beginning embedded in their end.