The Metabolism of Time - Physiomancy


A few years back I made a post based on a competition from Patrick Dunn's Post Modern Magic blog entitled physiomancy which involves predicting your future based on the faces of people you encounter.  I had an extremely interesting encounter over the last few weeks which relates to this topic and I wanted to address it here.  I was working as an actor for a film that is being made in Prague at the moment and one of my old friends and mentors from Edinburgh contacted me out of the blue.  What was strange was that there were strong physio-gnomic commonalities between him and the director of the movie - they were both clearly Treefrogs i.e. the character that is referred primarily to the thyroid gland.  I knew how to relate well to this character employed that knowledge in my transactions and received an extra day in the film, an extra scene, another line and was upgraded to a named character. 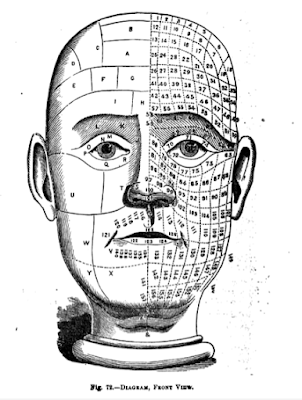 Let me explain a little about how physiomancy works and how it can improve your understanding of the mechanism behind the Metabolism of Time.  As we have discussed at great length in the Hermetic Lessons you as an individual are at the centre of your own cell of consciousness - you have your awareness of your physical body, your awareness of your physical reach, your perceptual bubble and finally the membrane which encloses this in your mind.  People who enter your cell, while having their own cell of consciousness themselves act as a chemical messenger inside your cell, the message's underlying code being revealed by the physiognomy of the person.  From this knowledge of the message you can predict with a great deal of certainty the kind of scripts, physical acts and other transactions that person will engage in.  Similarly you are also acting as a chemical message on any other cell that you interact with and your chemical message is also written in your face and body.

I'll furnish you with a simple example.  Lets say I am living with a Prisoner - a character derived from insulin and the pancreas who can be expected to have a rich imagination (sometimes appearing as boundless creativity, sometimes as a tendency to day dream), typically introverted, have a strong inner monologue, the propensity for abdominal fat storage, a certain ''piggish'' quality to the face (this sometimes can be a cat-pig) and a very sweet-tooth.  Knowing this I can expect this person to be frequently lost in their own thoughts, probably write in a diary or other medium and either fill the house with sugar or vocally wrestle with the desire for sugar.  Simply put as they act on me as a chemical message, I might become more like them by sheer dint of the fact that there is more sugar around and therefore I am more likely to gain weight.  I will also be exposed to the richness of their imagination and, depending on my own tastes, being inspired or tired by it. Conversely they will be influenced by the chemical messages that I am emitting. 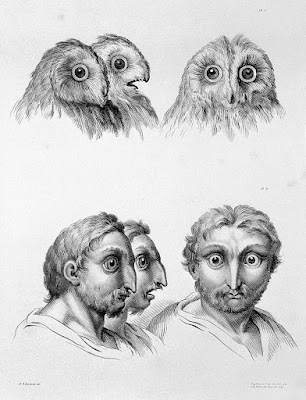 The reality is more nuanced - in order to understand physiognomy more precisely I have to be able to use the paths and place people on various spectrums between physiognomic archetypes (partzufim) associated with the Sefiroth.  I can immediatly differentiate between types of prisoners just from thinking about the path between the Treefrog and the Prisoner (Daath and Tifereth) as opposed to the Prisoner and the Many Mannered Mind Man (Tifereth and Yesod).  The former character is likely to have more ''resting nervous energy'' and be more inclined to travel and the visual arts, and the latter is likely to be prone to frequent bursts of energy, wildness, anarchy (stimulated by glucagon and testosterone) and be more into musical arts.  We can expect dead centre prisoners to be interested purely in writing (which on a cellular level correlates to the Prisoner as nuclear membrane).  As you can imagine these nuances will produce different types of chemical message - different scripts, different habits, different psychodramas - so I want to be clear this is not about simplifying people this is about ways of understanding their complexity.

The foundation of the system explored in the Hermetic Lessons is Chokmah ha Partzuf (the Wisdom of the Face) and is certainly related to whatever Isaac Luria was practising in Safed where he was known to read people's karma from looking at their face and body.  Physiomancy is one application of this knowledge but there are many more for example combined with a form of logotherapy it can be the foundation for a system of healing.  These ideas are fundamentally tied to my ideas of initiation where I expect physical representatives of these archetypes (partzufim) to be closely associated with me as I approach and unlock the Sefiroth they are tied too - that in their scripts and psychodramas are various secret clues to understanding if I see with eyes that see and hear with ears that hear. 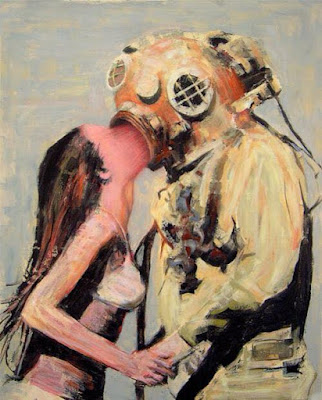