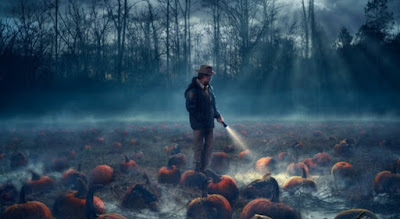 Like Twin Peaks - The Return, Stranger Things 2 is also saturated by very specific obvious esoteric references and is using an identical method of execution i.e. painting by numbers.  As the Secret Sun blog pointed out the whole show is dripping in orange (backdrops, costumes, lighting design, our new Max character, etc) which to me immediately suggests the number 8 (in Ep. 1 we meet a character marked as Eight), Hod (in Ep. 7 a giant orange 8 appears) and the God Hermes/Mercury. 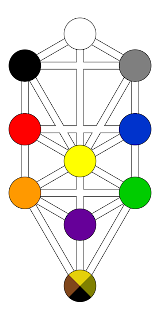 Watching fairly closely the entire show is a ritual to Hermes/ Mercury - alchemically speaking the quicksilver will be extracted from its orange ore.  Hermes/Mercury is the Patron of athletes, boys, herdsmen, hospitality, thieves, tricksters, games, communication, scientists, doctors, magicians and although we see all of these themes explored in the show the primary focus is on his role as the Guardian of the Soul through the Underworld, Crossroads, Thresholds/Boundaries and the Promethean aspects of Fire.  Scenes which may have seemed extraneous to the less Qabalistically inclined are there to feather the God and are used in the same way that someone might put Mercurial related objects on a Mercurial altar.


Below is a list of specific examples of where we see these features: 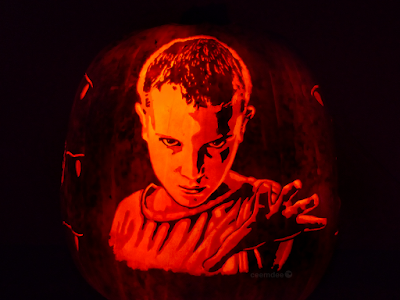 The show essentially concludes the ritual to conjure Mercury from the ore with the kids making their way through a field of broken orange vessels (the pumpkins) to perform a fire ritual at a crossroads on the threshold between the underworld and the world of the living.  Their final escape is secured by our ''herdsman'' Dustin.  The orange veil is then lifted from the show and we are drenched in blue, silver and white symbolising the loving kindness of Chesed or perhaps more likely the quicksilver metal acquired from the oxide.  If you are going to understand how they paint by numbers, you kind of have to understand the numbers.

Qabalah is the New Black.
Posted by Blogos at 3:38 AM