Aleister Crowley, The Book of Lies - 51


Bearing in mind the various ways our attempts at communication with ''spirits''  can fail, if they are indeed happening at all, what do successes look like in our community and can they be discounted as evidence of genuine spirit contact?  The following list only includes those forms of success in communication/contact that I have personal and considerable experience of and can therefore analyze, although I do think its fairly exhaustive and general as well. 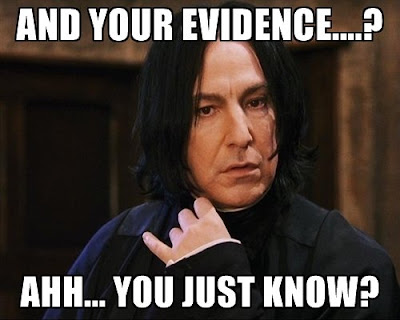 
Changes in the physical world such as temperature change, smells, or the appearance of ''faces'' in smoke, flame or the arrangement of things cannot be considered true physical manifestation (in this definition) as they could be happening only in the minds of the magicians performing the working.  This does not mean they are not successes persay but they fall under a different criteria.  Forms of true physical manifestation could be sudden weather effects - storm, rain, fog, etc - in the sudden appearance of animals (not pets) - birds, insects, etc - which behave in very perculiar ways in  electrical and telekinetic effects - power surges, things switching themselves on, objects moving, static electricity and in boons - material rewards of one form or another.  Although these could be discounted as coincidence when they stack up coincidence is a shrinkingly likely explanation.  What cannot be discounted is that this is psychic activity unknowingly generated by the magician themselves and falsely attributed to a spirit.

Intense changes in emotional states - moving from placidity/calm to mania (overwhelming energy, love, laughter and joy), hysteria (profound grief, sadness), etc.  The problem with these experiences as evidence is that while entirely rewarding in and of themselves they could easily be the product of an excited imagination and emotional body and not necessarily as a direct result of the ''spirit'' itself.


Sensing any change - temperature, light level, seeing flickers of movement, sulfurous smells or otherwise, feelings of being touched.  Since these all occur within the sensory cortex of the magician they might not be happening physically and ultimately be self-induced.


Sudden intense visions where you feel like you are literally seeing into another world or otherwise spontaneous astral projection.  Speaking in a different voice and possessing knowledge that the person otherwise shouldn't.  Taking on the mannerisms/behaviour of the entity conjured.  Again in the excited enough mind it is possible that these could all happen through trance itself and be self-induced without any direct intercession of a spirit. If the person starts speaking in fluent Aramaic or Enochian you would have to stretch ''talking to yourself'' to include rememberance of languages from past or future lives - which would easily fit into temporal entanglement.

Dreams are often considered to be evidence of contact, if you do the work and then the spirit comes to you in a dream then bingo!  This surely is the easiest one to dismiss as verifiable contact with a spirit.  Generally the dream is only included as evidence if it has an astral quality to it - highly vivid and containing evidence from the intelligible category.  In a previous post on evidence I talked about your own dreams being potentially produced from other points in time where they are seen differently when observed from that point.

This is when an idea forms unbidden in the mind - spoken into your mind, or a sudden flash of intuition during the ritual.  Supporting evidence for genuine contact comes when the information you have recieved is something you could not possibly know.  Yet I don't know everything that I do actually know so it would be rich of me to decide what I couldn't know.  I could have come into contact with information and then forgotten it only to be triggered from memory by the intense ritual work.  Alternatively the outer or higher mind could have this information and I have used the ritual as a means of accessing something personal even though the setup makes it feel like it has happened as the result of something external (spirit from ritual).  Again this could be you talking to yourself at an advanced level.

If the success is not dismissed by the above logic (that I am somehow talking to myself) then that needs to be explained within the temporal entanglement theory i.e. can the communication/contact be more accurately explained by two entities intertwining through time as opposed to through a veil separating us from an ''otherworld'' where spirits ''live''.  Entangling with some thing from the ancient future/past could cover most extremely bizarre entities encountered, and when we think about talking to yourself we mustn't discount entangling with yourself across time after all, which would be an accurate definition of spirit or soul anyway - what will ''I'' look like in a thousand years and what kind of information about ''now'' will I have access to?

It seems sometimes as if beneath all conscious doubt there lay some deepest certainty.
O kill it, slay the snake!
The horn of the doubt goat be exalted!
Dive ever deeper into the abyss of mind, until thou unearth the fox THAT.
On hounds!  Yoicks!  Tally-ho!  Bring THAT to bay!
Then wind the Mort!


Aleister Crowley, The Book of Lies - 51