2021 - The Year of Gamaliel, Goodbye Moonmen

The worlds can be one together
Cosmos without hatred
Stars like diamonds in your eyes
The ground can be space, space, space
With feet marching towards a peaceful sky
All the Moonmen want things their way
But we make sure they see the Sun
Goodbye Moonmen,
Yeah we say Goodbye Moonmen
Oh Goodbye 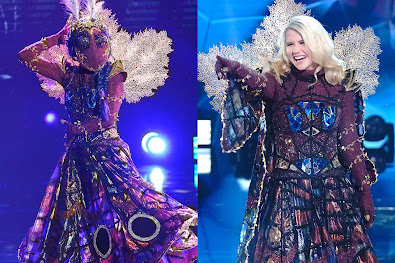 In this performance on the Masked Dancer, discussed at Secret Sun, Elizabeth Smart dressed as a moth, and subsequently unveiled, we can perhaps begin to see the outlines of what the ''hell-purple'' of 2021 means to Unifying Color Production Designers i.e. purple mixed with red/Yesod mixed with hell.  I know we can all salute such incredible imagination... 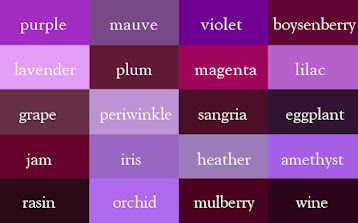 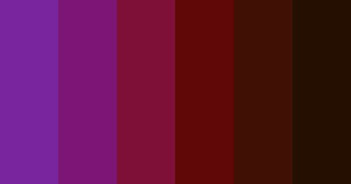 We should also expect a great deal of the use of indigo palettes and some kind of reverse shimmer/pearlescence/iridescence - I have no idea what that might look like as I am not a color theorist but we should be on the watch for it whatever it is.
A STERILE HELL 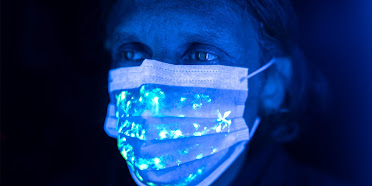 We also find the use of hell-purple in creating the sterile hell of 2021 with the continuing rise of UV-C air conditioning units.  In this piece of biological security infrastructure disease prevention equipment the air of your closed environment is passed through a box where everything is toasted with ultraviolet light, killing all the little critters in the mix.  Simples.  I mean what do we need micro-fauna anyway, its not like we have autoimmune diseases as a result of sterile environments or anything!  Remember that a huge part of the symbolism of Gomaliel will be sterility, impotence, infertility, etc as this ''demon'' is ''aimed'' at Yesod in the aura.  Although I believe the actual presence of Lilifluenza will seriously diminish in the Spring, the infrastructure will remain including a lot of the PPE use.  After all, as we all know, getting that infrastructure in place was one of things it was really all about.  Its not something people like to think about but in the mix of ''communist plot this'' and ''magnetic field flip that'' we are often forgetting the much more plausible conspiracies of bio-security (CRISPR, MDR and archaic organism release) and climate change which were always going to be a nightmare to deal with in a liberal society, even one controlled by a reverse Gnostic cult.

THE SHORES OF DEATH 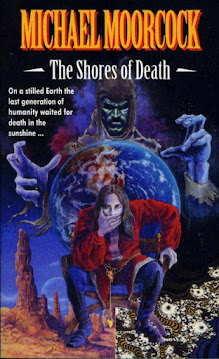 Michael Moorcock explored what a hell purple society might look like in his exquisite short work of Lovecraftian Fantasy The Shores of Death.  Aliens questing for the meaning behind everything have stopped Earth's rotation (shades of Dark City) and separated it into 3 regions - a desolate blasted frozen eternal night, a sun scorched world of eternal day and a twilit world in between.  In the sun scorched world the plants grow to magnificent heights but everyone is sterile from the cosmic rays so its one final generation's hurrah.  The twilit people are still partially fertile and they give birth to the last of the twilight children.  A faction of the day people obsessed with their approaching oblivion conspire to build a giant radio transmitter whose only job is to broadcast something like: We Were Here! I forgot to mention that the Moon, upended Dr Faustus style, ''has fallen from her sphere'' and now rests broken in the pacific ocean.   That is the set-up so if you are looking for nightmare fuel, its worth having a look.

Shut the fuck up about Moonmen.