2021 - The Year of Gamaliel, Sweet Transvestite

How'd you do I
See you've met my
Faithful handyman
He's just a little brought down because
When you knock'd
He thought you were the Candyman
Don't get strung out by the way that I look
Don't judge a book by its cover
I'm not much of a man by the light of the day
But by night I'm one hell of a lover
I'm just a Sweet Transvestite from Transexual, Transylvania

Everyone can relax.  If you were concerned.  Kind of.  I figured it out.  Kind of.  Or maybe I remembered? I spent the night in a dream with a guy who had had one of his eyelids removed.  This was quite disturbing as you can imagine but time is short and the dude got me back on track.  Suffice to say he's seen a lot.  Anyway after some pranayama, reflection, lemon water and a fresh cup of really hot tea it (re)dawned upon me.

Donnie Darko tells us the time left until the end of Time Warp (started at 28 days remember) and after that we should hit Sweet Transvestite by the 21st March. It brings us back to the idea that the year is divided up according to the songs.  There are multiple hypotheses/interpretations about what that could mean so we will have to distinguish between likely and unlikely ones as we did for 2020.  And again, I am going to get the idea out now and then refine it later - as the closer we get to the date the less ''useful'' it is.  I apologize in advance for any drop in the quality of ideas, coherence or formatting.

Overall (highly likely): Brad and Janet (general public - ''Dammit Janet'' the song was covered by ''Wandavision'' - should be back-checkable for those who have watched it, I'll to it as soon as I can) had a problem with the car (fossil fuel economy into climate crisis) which has brought them to the ''Time Warp'' (the crazy amount of economic restructuring necessary to avert/mitigate climate change) - the satanic mechanic mentioned in Sweet Transvestite in this sense might be the electrification and remote control of vehicles a la Musk's ''Beast''... or ''Dr X's Creature'' if we continue to develop the prologue.... Science Fiction Double Feature.  Either way a ''satanic mechanic'' will be hired to repair our ''car''. 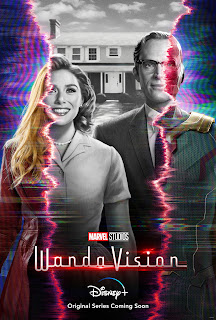 In this reading a celebrity will be playing Frankenfurter (Gomaliel?) for us and this will be played out as Qliphotic Theurgy on the world stage/streaming channels - expect a fairly literal staging of the song, if not in shows themselves maybe a famous celebrity (or even famous priest, based on the opening sequences of the film) transitions (or who has already transitioned) or something along those lines.  We will be with this character for a long while so it will be someone very well known.  They will carry a lot of symbolic burden.  Imagine if Dr Scott for instance is really Dr Fauci.  Something on that scale I would think. 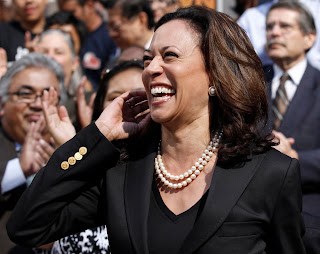 After consulting with my Apocalypse Squad Kamala Harris as Dr Frankenfurter seems a highly likely choice.  As astute readers will know I was torn between Gamaliel as it is traditionally written and Gomaliel.  Kamala = Gamala is pretty close, especially if we add Warren G. Harding (the G standing for Gamaliel, yes this is true) president in 1921 sync.  The final point is the Hare which has long been associated with the Moon.  Kamala would also fit in with the part of the Sweet Transvestite scene where she is meeting all the ''cult world leaders'' while carrying on the conversation with Brad and Janet (Joe Soap, General Public) over her shoulder.  This does not mean I am saying that Kamala will come out as a transman, it may be enough (for America sadly) that she is a woman in a ''man's role'' i.e. first female VP.  It would indicate that March 21st is a reveal of some form that involves Kamala.
Other likely interpretations of the starting point similar to this might be Brad and Janet's car's breakdown refers to the lockdown.  Extra context for this reading is (the one-eyed) David Attenborough's we've ran out of time speech that happened a few nights ago.  One of my predictions for 2020, which I referred back to several times, is that a famous voice would tell us we had ran out of time.  So I was a little bit off but very close.  As you can see David Attenborough is even costumed and set designed like Dr Charles Grey (the narrator from Rocky Horror) - almost exactly.  The style of the narrator in the film is even that of cynical wildlife film-maker....  This sync is particularly creepy and if you are unfamiliar with David Attenborough (????) I highly recommend you watch the speech he made. 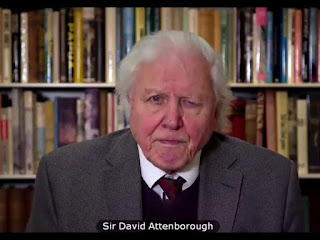 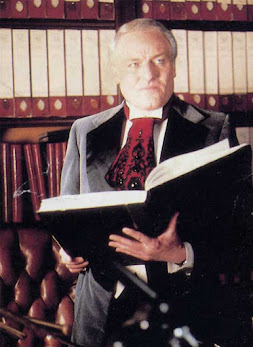 One of the things I still expect fairly soon (and this might be the Satanic Mechanic) is a frank conversation about climate engineering and carbon capture projects.  They are already talking about climate lockdowns being inevitable.  This is again more support for the overarching theory behind the debacle that was 2020.  Stay cool though, no frothing rage as clear minds are more useful to everyone.
Some questions: In this scenario we know the celebrities who have been symbolizing Brad and Janet (Wandavision), we've met some of the denizens of the Time Warp (Armie Hammer, Marilyn Mansun, etc) but who is Riff-Raff in this reading?  I may have missed that   Does the ''rain'' refer to (the weather control ''end'' of) Covid (like in Andromeda Strain) and the removal of the cause but not the symptom also ties into Covid going away but leaving the problem (climate change) behind?  The ''medusaing'' that happens towards the end of the whole film (as we are following the timeline) also suggests more Winter lockdowns for 2021, it also tells us that 2021 will end with Superheroes.

Overall (unlikely): Literal arrival/reveal of space vampires, therefore expect dovetailing with the asteroid F032 to be UFO flyby (even if this unlikely theory goes into play I very much doubt an invasion, hoax or otherwise, just a reveal).

Another idea just to get out there now - Old Steve Reeves' Movie?

Athena, Hercules or The Last Day's of Pompeii?

If you want to explore this theory further with me then take the Rocky Horror Soundtrack, look at the ratios between the numbers and then apply a twelve month division across the numbers.  If true this is where we could get to the dates and details of very specific ''transition'' events and maybe even detailed knowledge of events that tie to specific lyrics.  I realise as we focus on this that a lot of hits for the Yesod Bingo are happening pretty continuously.  For example this 23 and Me story ties into, in terms of El Chai.

And no hatred/rage in the comments thread, thank you very much, just ideas!

Well you got caught with a flat, well how about that?
Well babies don't you panic,
By the light of the night, it'll all seem alright,
I'll get you a Satanic Mechanic