2021 - The Year of Gamaliel, The Blackness Would Hit Me

It's astounding, time is fleeting
Madness takes its toll,
But listen closely, not for very much longer,
I've got to keep control,
I remember doing the Time Warp,
Drinking those moments when,
The blackness would hit me,
And the Void would be calling,
Let's do the Time Warp again 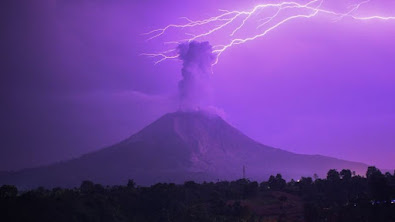 Lest we forget this is still the Qlipha of Yesod (Gomaliel/Gamaliel - The Obscene One) with what seems a somewhat narrow, schizoid focus on The Rocky Horror meta-theory, the last few weeks have seen purple lightning clad volcanoes in Indonesia, the Urban Sun installation about sterilizing public spaces with UV-C alongside an actual rollout of UV-C cleansing of public spaces on the London Tube and bus services.  The Purpocalypse continues to be well lit.  The name dropping has continued as well with this accusation of environmental terrorism levelled at Iran by Gila Gamliel.  So right now, for me, a lot of the meta-theories and dark conclusions are just a given.  If you have somehow missed how we got here and would like me to summarize the logic again just drop a comment below the page and I will try to oblige.

The test of the Time Warp produced even more spectacular results than we expected in the Apocalypse Squad and more importantly it is not over yet.  The Time Warp does not finish until March 21st when we have the transition to Sweet Transvestite.  The Time Warp also sets us up for major world events straight out of the Revelations conspiracy videos of 2000 and late, over the course of the 20s.  In order to really get these rants of ours you have to be very familiar with the video of Time Warp from the movie.  So we've had approximately 9 seconds per day since Feb 20th and the duration of the song in total carries us to March 20th/21st and the passing of FO32-2001 which was identified as ''at a deadly pace it came from outer space'' in Science Fiction Double Feature - more on the role of a prologue later.   We are now just over half way through just after Columbia's song and are confident in making further predictions. 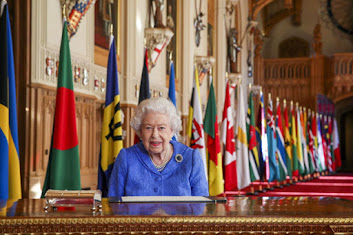 The skeleton in the beginning is Nosferatu Prince Philip who was already hospitalised with ''heart conditions'' at the beginning of the sequence - what was he fucking staked or something? The ''snake of a guy'' mentioned in the last post ended up probably being Vlad Dracul Prince Charles himself, if we are to read the same runes everyone else is reading.  The angle was racist rather than sexual/sexist but if you remember we drew your attention to the Bloodlines in that post as well.  You really have to look into Vlad Dracul Charles' own claim to Transylvanian lineage here if you don't know about this, it's essential in understanding what is happening and a lot of people are surprised by it if they didn't know. I think there is a possibility that LeStat Prince Andrew may still end up taking the eventual silver bullet for the team. I know this is totally whacky but bear in mind UV-C is also an anti-vampire weapon.  It is highly likely with the amount of screen time he has had, his proximity to the show, and his public statements about the Time Warp Royal Rift that Riff Raff is Boris Johnson.  The mind flip and time slip relate to the calendar for the withdrawal of Lilifluenza COVID-19 restrictions.  The flags shown in the video link us both to the media, the world stage and specifically Countess Bathory Her Royal Majesty's Commonwealth address which occurred simultaneously with the interview which as you know features a visual parade of flags.  The interview itself is related to Columbia's solo and this is further supported by Meghan Markle likening herself to the Little Mermaid (!) during the interview, Columbia having red hair and Mickey Mouse ears later in the show.  If you were watching in the UK on ITV, after the Meghan interview they immediately flashed up a fragment from Piers Morgan's interview with Rupert Everett where they were discussing Susan Sarandon - i.e. Janet! Remember the earlier lyric - ''The Blackness would hit me'' - and ''a jump to the left'' - so what is next?

From here we have 5(ish) days of ''Time Warp'' chorus until Meghan/Columbia's tap dance. The ''tap dance'' then lasts about 2(ish) days. The chorus leading up to this, that we are in right now, is probably covered by the media response and various other pundits and punters weighing in on the situation.  The tap dance is her reaction which based on a literal reading of the video leaves her knocked out with stress.  The British media will counterattack as the British public are largely against Meghan and for the Queen even if this is out of step with the rest of the planet.  Obviously this event appears is extraordinarily bad from the perspective of both the UK and the Sanguine Pact Royal Family.  Cleaved from our natural European allies by Brexit, thwarted by Biden on the other side of the pond and now indirectly insulting most of the Commonwealth, well you don't need me to tell you that things don't look so great for Global Britain.  They are calling this The Nuke.  It returns us to the idea that Great Britain is going to be systematically obliterated and then used as a platform to rebuild a model liberal eco-capitalist society.  Remember we said, ages ago it seems, that Britain is being used as the Globe Theatre if you like, a microcosm of the macrocosm, a ''kingdom for a stage.''  After her collapse we have another chorus of media response that lasts another 5(ish) days - this ends with Johnson (& Johnson) and Meghan which you can see in the gif-image above - quite possibly a general apology of sorts from the UK itself.  Then as the US public represented by Brad and Janet back off from the scene, the narrative should shift to Sweet Transvestite.
GAMALIEL

The ritual of the warring brothers brings us back to Sumerian classics like Enlil and Enki and the stage is now set for rival princes with identical green social justice agendas to work their political magic on either side of the pond.  ''Two households, both alike in dignity.'', etc.  It opens the door directly to King William, a young, fresh face on a new Britain, etc.  The skipping of Charles in the succession is a literal time warp.  I don't think I need to go through the captivating story telling possibilities for the Distraction/Destruction Team here.  Remember the essence of this whole project is Apocalypse Management.  The population are being ''path-walked'' through this ''experience'' just like Qabalistic path-walking was used in the movies of 2010-2019.  It is entirely possible that a large part of the surreal news cycle of this year could relate to the Windsors, with Epstein in the background for a start, and it is plausible that the ''Sweet Transvestite'' Dr Frank'n'furter is the Queen but I think it is far more likely that this is Kamala Harris and the narrative will return to the US and specifically her in 12(ish days).  The structure is clear as Brad and Janet back away from ''oh how terrible the racist British are...'' they back into Kamala and therefore the confrontation is back on their own racist/sexist proclivities. You can see how this may well play out, it's kind of obvious at this point, but based on this last theory I am now reframing what I think is possible.

A prologue can be used to spell out the whole story - the classic example is the prologue of Romeo and Juliet - ''In Fair Verona, where we lay our scene.''  In that sense, bear with me, we can run a parallel time line between the Prologue ''Science Fiction Double Feature'' and the rest of the Year.  Sweet Transvestite therefore parallels with ''At a Deadly Pace it came from outer space, and this is how the message ran...like a science fiction double feature...''  So the event that propels Kamala into the spotlight may not be what we expect i.e. that Biden cannot govern anymore (possibly covered by COVID-19). It may well be more science fiction.

No bile in the comments.  Ideas are very welcome as always.  My maths might be very slightly out as well, so if you can get your head around this spiritual grenade enough to pitch in on that, that is especially welcome.

Update: Piers Morgan quits GMB and tweets a picture of a clock with the slogan Tick Tock
Update: Queen speaks at Science Week

Let's do the Time Warp again