The UK is set to release notorious child rapist and killer Mr Colin Pitchfork as part, I imagine, of a concerted attempt to tactically terror-nuke the Summer.  ''Tracey, where are you going with your friends this evening?'', ''Oh Mummy, I am just going to the cornfields to play with my friends'', ''Ok darling but watch out for Mr Pitchfork''.  Mr Pitchfork, really?  Its straight out of late 80s horror movies, something you say in the mirror three times if you want to summon the demon and I imagine nightmare fuel for parents already skittish over COVID-19. 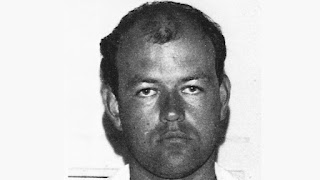 What we're looking at here may well be our first ''Eddie'', and entirely coincidentally I'm sure, news items now segue from concerns about the ''Delta Variant'' and your urgent need to get that second dose into items regarding Pitchfork.  Pitchfork... Pitchfork... I'm scratching my head here... but... hang on? 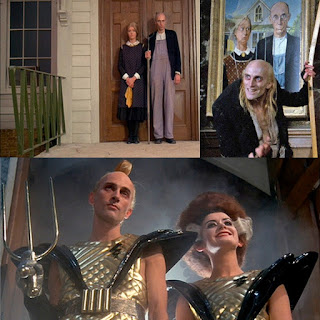 To what extent is the pitchfork the Devil's trident?  To what extent are the three spikes of this ''pitchfork'' the three ''jabs'' for the vaccine (two doses + the inevitable booster in Sept/Oct to protect against ''Delta'')?  Do those three ''jabs'', one ''six'' for each, make the mark of the beast - 666? Earlier in 2021 we were discussing the vaccination program in context of Rocky Horror, that the vaccine represents the ''light of hope'' for Brad and Janet as they sing, stranded in the storm (Lilith) that rages outside.  This light of hope comes from the ''Frankenstein Place'' a direct link to the notion of ''Frankenshots'' pushed by conspiracy sites.  Officials are beginning to explain that the efficacy of the vaccine begins to wane after three months and that even the double dosed Astra Zeneca Boomers are now only 60% shielded - basically half of the most vulnerable population of the UK having been served a less effective vaccine are exposed - putting pressure on them to take that third jab to avoid another lock-down. 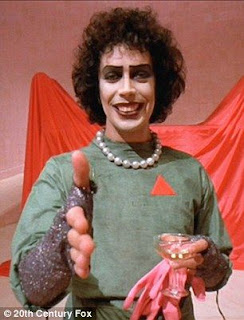 I accumulated a bunch of paradox back in April trying to push some of the ol' time three effects in the spirit of ''getting ahead'' but various things were revealed to me regarding the coding of the variants which only make sense now - especially in light of the Delta on Frank's costume.  At that time I had just finished watching Brave New World on Netflix (which neatly prefigured the Greek Name coding that has now come into vogue) and my visions were heavily influenced by Alphas, Betas, Gammas, Deltas and most importantly for us today - Epsilons.  In the TV show it's the Epsilons that massacre the Brave New World in the end and in my visions it was the Epsilons that were ''infested''/''infected'' with ''Lilith'' - ''Lilith'' then begins to spread up and through the system from there.  There was a large animal component in these visions as well and people should not forget that ''COVID-19'' (Lilifluenza) is in cats, minks, dogs, etc and that these are sources of mutation as much as any human.  If it turns out that (or is revealed to be that) animals of various sorts are large and hazardous reservoirs for the virus, and that virus mutates into a more brutal variant (affecting younger people, breaking through vaccine) is there going to be a cull of livestock (great for carbon targets...), and pets (great for suicide rates...)?  An early job of mine involved working in the FMD crisis in the UK so do not rule this plan out as insane, they are more than willing to massacre all the animals and heap them into giant pyres or burn them in incinerators.  Currently there are two types of the Epsilon (Epstein?) variant (of concern) lurking in Florida and I don't have any further details about this, regarding whether an animal component will be involved.

Is Disney at it again with Loki? 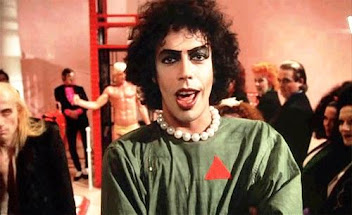 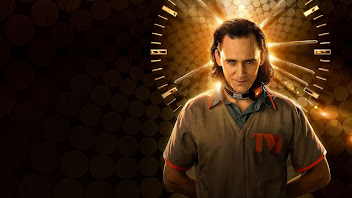 Who is this guy?  Looks like an Eddie to me, what's going on with him? 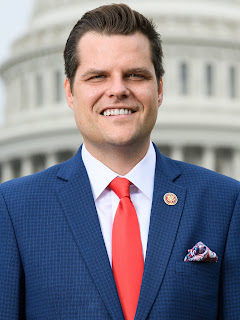 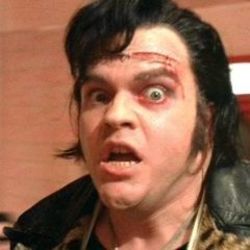 What's the point of truth or beauty or knowledge when anthrax bombs are popping all around you?