With the next movie of the Outer Plot being When Worlds Collide (Planet Zyra) & the song of the crossing called Planet Schmanet Janet it was highly likely that this next little vignette was going to have an environmental twist.  If you had any doubt I am sure Pearl Greta Thunberg put them to rest with that illuminating photo-operation. Although the reasons why are riddled with various conspiracies, Events (petrol, end of furlough, supply chain issues, shortage of drivers, gas prices, reduction in universal credit top up) have contrived to send the UK into a general systems crisis which will push many families into poverty and apparently will extend until Christmas.  This is not limited to the UK with the USA and China experiencing similar woes - although it is particularly accentuated in the UK due to the combination of with Brexit.  This crisis is clearly extremely important when it comes to reckoning on the incoming use (9th October) of the ''Medusa Transducer'' which first paralyses our characters and only then turns them to stone as energy could easily be the pathway we take especially if this crisis deepens and expands.  But for my British readers consider the following: 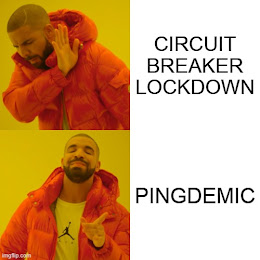 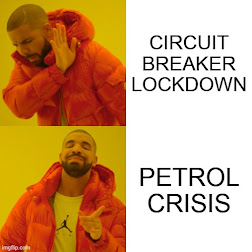 We thought for a long time and stated that the October deadline for the Medusa Transducer implied more lock-downs to get lilifluenza under control and also that the lock-down would come in phases (restrictions would be brought in one by one and then lifted one by one, in order to synchronize with the ''floor show'' Rose Tint My World) - while this energy crisis will possibly have the same effect it might be worth considering that the pingdemic and the petrol crisis were/are in fact circuit breaker lockdown under other names, i.e. they are crypto-lock-downs.  A lock-down by any other name ...if you allow me to demonstrate with this possible reading of the script...

As we are at the end of the news pipe we should expect news along these lines then in order of the characters paralysis:

15th October: Rocky - construction? (prob. biggest reserves, last to run dry, deemed essential until the end? got to finish the 5G or whatever they were building... just like last time)

Having a lockdown over covid right now would be politically unbearable and also imply strongly that the vaccine program's effectiveness is underwhelming at best.  So this achieves quite a few things in itself, it completely shifts the conversation from covid to energy from a climate perspective, setting up for COP26, so a big tick there for the Demolition Team, while also achieving the same end as a partial lockdown from an epidemiological perspective.   If either of those factors get out of control over the next few weeks the country might need to be switched off and on again.  I can't think how to restart it all otherwise.  You need to switch it all off and then re-energise the aspects of society you need first otherwise everyone will just continue to scrap over petrol.  Which may explain the order of the unfreezing in Rose Tint My World and the way it plays out.  If the energy contagion spreads the poor who are just being uncoupled from their covid boost while facing rising energy bills may actually get frozen.
In this reading of the Medusa Transducer we would be foolish to forget a more literal reading with Havana Syndrome, that has been reported on and synchronized all year like the gun on the mantelpiece.  I think this might tie with the Riff-Raff twist.

In When Worlds Collide, the story of the Outer Plot which parallels October the survivors of the human race escape to planet Zyra.  In the Inner Plot Janet parallels this with: ''you're going to send us to another planet?!'' to which Frank 'n' furter replies: ''Planet Schmanet!''  Planet Schmanet is a mysterious planetoid farted out of Uranus and inhabited by weirdos.  Well looks like we all made that crossing.  Another word-play further paralleling these interwoven plots is Greta's ''Planet B, Planet Blah Blah Blah'' Planet B carries a similar sense to both Zyra, and Planet Blah Blah Blah a similar sense to Schmanet.  Navigate the time streams of October's Outer Plot with Hotel Apophenia.

On the 4th and 5th of October there should be high tech conversation about weapons and transport with the intelligence services involved, the 6th October pushes towards time travel.  In terms of ''aliens'', last time this was the Haitian migrants so lets watch the ''word''-play. 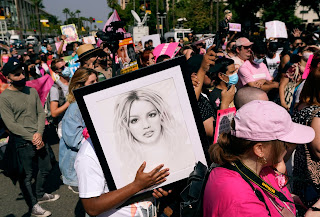 What's next for Britney after her father's conservatorship is finally over?  Well she is in charge of her own life now so... she better wise up... This whole sequence Planet Janet Schmanet is quite brief and will, no doubt, be covered by Britney's escapades as it has been since we shifted to ''sex kitten'' Janet.  Definitely over the next few days -1st to the 4th October as Frank pursues her up the stairs chased by the other characters.. In the UK they've dragged Katie Price out in a similar function so ''minor-Janets''.  It's all about Britney, Britney is a ritual fallen daughter, a human tarot card. 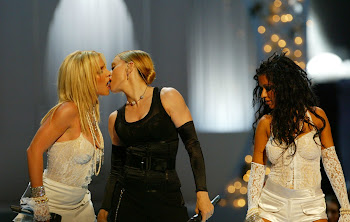 And ''Your apple pie don't taste so nice''? Apple pie was a song in Britney's scrapped 2018 album.