'The Aspirant is led to look backwards.  First he must acknowledge his debt to evolution through which has been perfected the instrument wherein his mind works and gathers material.  Then, through meditation, he is led to see himself as not only self-conscious - as one who recieves impressions - one who criticises and watches - one whose will is interefered with - one who is misunderstood - one to whom others are personae or masks - but standing outside himself he now becomes one who endeavours to sense how his mask appears to others - sees himself as part of the consciousness of others, as one who impresses, one who is criticised and watched, one who interferes with the will of others, one who misunderstands.' Israel Regardie, the Complete Golden Dawn


The cellular consciousness described in the Metabolism of Time descrives the second sphere, the sphere of perception as relating to the cytosol of the biological cell.  The cytosol, mainly fluid*, contains within it various structures (the organelles) and also various components entering the cell from the blood - chemical messengers/hormones, oxygen, sugar, proteins (+ other forms of nutrition) along with potential hazardous microbes.  Remember that Feelix (your awareness of your own physical body which is experienced as being towards the centre back of the perceptual cell) is related to the chromosomes in the nucleus. 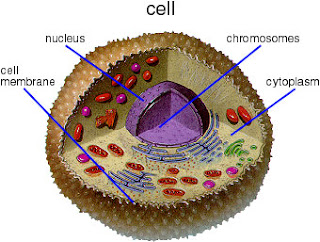 Our percieved experiences of the moment overlap, therefore the 'cells' membranes overlap as well - but only in a perceptual way.  An individual who enters my sphere of perception is an object in my 'cell' as I am an object in theirs.  Individuals then can be considered as chemical messengers/nutrients/threats which enter the cell.


You not only recieve *information* from the 'blood' you also *are* information in the blood.  Typically that information, if you are mentally and physically healthy, corresponds to your physiognomic character.  i.e. a Prisoner (or pancreas) character represents the info corresponding to the hormones of digestion and energy release (insulin and glucagon) how this plays out socially has been described both in the physiognomic character scetions and the masks.  This is the way in which you discover one aspect of your true nature - not only as a fragment of celestial consciousness experiencing time, but also as a *word* in the blood of the universe.  You recieve but you also transmit. 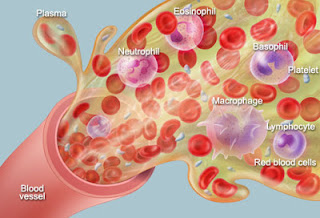 Advanced technical application involves memorising/classifying the physiognomic characters yourself and observing the changes caused by healthy and unhealthy metabolism of social nutrition.

'He will reflect on words, and the power of words.  He will catch himself weaving them - twisting their meaning - decieving himself and others with them. He will catch himself under obsession to them - he will see how they fix and make possible the recall of events and emotions, and with this knowledge he will become aware of how his words effect other people.  As he begins to realise the tremendous miracle of words, he will begin to grasp why the Order reiterates the importance of silence.  The true magician must understand his tools, and in periods of silence, he must contemplate words as one of them.'

*Meditate on the substrate of thought which constitutes one's perception of one's environment as having a fluidic nature (more on this later in the advanced qabalistic practice I am building towards but the cytosol is very much the 'Mem' section of the system).

**Think back to the section on how masks are altered by the effects of attention from other people, and how the fluctuation in the mask is linked to the metabolism of time's double spiral structure.  Viruses reprogram DNA to act in different ways.  Similarly certain individuals attempt to reprogram others, often pathologically.  Intracellular bacteria such as yersinia pestis (plague) also effect the normal functioning by interfering with the metabolism of the cell.

Posted by Blogos at 4:21 AM No comments:

'The "Third Method is the Dramatic," perhaps the most attractive of all; certainly it is so to the artist's temperament, for it appeals to his imagination through his aesthetic sense...


...In the third, identity is attained by sympathy. It is very difficult for the ordinary man to lose himself completely in the subject of a play or of a novel; but for those who can do so, this method is unquestionably the best.'

Posted by Blogos at 2:22 AM No comments: