In my work with the Gentlemen for Jupiter I generally use the letter Gimel who is called 'the rich man running to give to the poor' - I believe this focus on generosity, philanthropy and charity is important in any work to enhance wealth.  The acronym for Gentlemen for Jupiter would be G4J - G and J being the hard and soft Gimel respectively and four linking to Chesed.  I don't conflate planets with the Sefirot (which are correctly attributed to the ten depths) so only the double letters are linked; the seven double letters are also traditionally associated with the seven vertical paths.  Using the Chaldean order Gimel being the second letter is associated with the second planet Jupiter.  Applying this to the Tree of Life I place the letter on the path between Chokmah and Chesed* (the first vertical path Keter - Tifereth being associated with the first double of Beit and the first planet in the Chaldean order being Saturn).  Thus 'the Jupiter current' accurately runs between Wisdom and Loving-Kindness and the angels of these Sefirot, Tzadkiel (Chesed) and Raziel (Chokmah).

In our group Tzadkiel is worked with en masse but Raziel is fairly underexplored - this doesn't make much sense to me considering how many of the so-called Grimoire Magi** we have on the group, in that one would think the angel of the secrets would be an angel they were interested in, especially when one considers the link to Sefer Raziel.  I guess that's not completely fair, most WMT practitioners use the conflation of Sefirot/Planet, so they tend to just go Jupiter, Tzadkiel, Chesed.  I attempted, at the behest of the angel, to encourage more to work with Raziel in tandem with Tzadkiel but I feel this has been ineffective thus far.  When wondering what to post today (I haven't posted for a while because I have been on holiday) Raziel instructed me to go to the bible and open it at random and this is what I got.  Any of the G4J who were familiar with the vision I had when working with Raziel the other day will hopefully see why the angel chose this passage as his message for them. 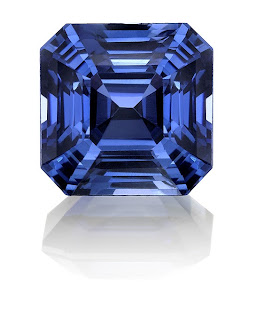 There is a mine for silver
and a place where gold is refined.
2 Iron is taken from the earth,
and copper is smelted from ore.
3 Mortals put an end to the darkness;
they search out the farthest recesses
for ore in the blackest darkness.
4 Far from human dwellings they cut a shaft,
in places untouched by human feet;
far from other people they dangle and sway.
5 The earth, from which food comes,
is transformed below as by fire;
6 lapis lazuli comes from its rocks,
and its dust contains nuggets of gold.
7 No bird of prey knows that hidden path,
no falcon’s eye has seen it.
8 Proud beasts do not set foot on it,
and no lion prowls there.
9 People assault the flinty rock with their hands
and lay bare the roots of the mountains.
10 They tunnel through the rock;
their eyes see all its treasures.
11 They search[a] the sources of the rivers
and bring hidden things to light.

12 But where can wisdom be found?
Where does understanding dwell?
13 No mortal comprehends its worth;
it cannot be found in the land of the living.
14 The deep says, “It is not in me”;
the sea says, “It is not with me.”
15 It cannot be bought with the finest gold,
nor can its price be weighed out in silver.
16 It cannot be bought with the gold of Ophir,
with precious onyx or lapis lazuli.
17 Neither gold nor crystal can compare with it,
nor can it be had for jewels of gold.
18 Coral and jasper are not worthy of mention;
the price of wisdom is beyond rubies.
19 The topaz of Cush cannot compare with it;
it cannot be bought with pure gold.
20 Where then does wisdom come from?
Where does understanding dwell?
21 It is hidden from the eyes of every living thing,
concealed even from the birds in the sky.
22 Destruction[b] and Death say,
“Only a rumor of it has reached our ears.”
23 God**** understands the way to it
and he alone knows where it dwells,
24 for he views the ends of the earth
and sees everything under the heavens.
25 When he established the force of the wind
and measured out the waters,
26 when he made a decree for the rain
and a path for the thunderstorm,
27 then he looked at wisdom and appraised it;
he confirmed it and tested it.
28 And he said to the human race,
“The fear of the Lord—that is wisdom,
and to shun evil is understanding.”
*Chokmah, Gimel, Chesed - 2, 3, 4.
**I do consider myself part of this 'post Chaos' grimoire group, my focus is on the Sefer Yetzirah, Saadia Version.
***28 is the gematria of Koakh Ma 'the power of 'what?'
****Enlil.
Posted by Blogos at 5:46 AM No comments: