Cellular Consciousness, the Metabolism of Time and the 231 Gates


Does a tree feel?  Does a river run?  Is a sunset sad?  Does an ocean smile?  I'm an intellectual mass of cells.  I am a clockwork of subatomic movements.  I am a strange electrical conglomeration of millions of solar systems in miniature.


In order to understand the principles of the Metabolism of Time it is necessary to view the structure of your consciousness as a mirror image of the biological cells that make up your body.  The feeling of being in the body-self is the mental equivalent of the chromosomes, the feeling of the extent of your physical reach is the nuclear membrane (nucleus) within which the chromosomes are stored, the limits and contents of perception represent the limits and contents of the cell (the cytoplasm) and the cell membrane represents the boundary between the rest of your mind and the place wherein the bubble of perception is held. 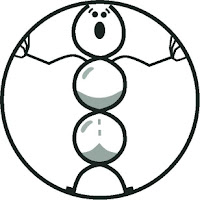 The experience you are having right now in the room you are sitting is buried or nested somewhere in the rest of your mind - beyond the limits of your perception (wall or horizon) you will not find more of the physical world but the rest of your mental world.  Just like the nucleus interprets and processes the contents of the cytoplasm so you are interpreting and processing your immediate percieved environment.  The objects located in that percieved environment of the room also find their corollary in the cell - i.e. you have windows and doors like the cell membrane has gates and receptors, you have a heat and light source like the cell has its mitochondria. When you walk down the street, the appartments buildings rise up beside you like a wall of tissue along a capillary. The helixes are represented as personified hourglasses to show the link between time and the digestion of experience and the facial expressions show the transition between being a finite physical object in a 3d world to an infinite mental object in a 5d world - they show an evolution in the individual's relationship with their place in time and how in order to escape the cave you have to know it.* 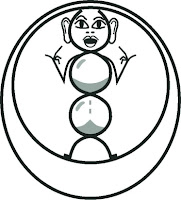 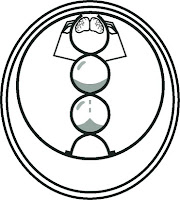 When people first learn about the occult maxim of ''as above, so below'' they tend to come across this idea of a relationship between the structure of the solar system and the structure of the atom - likening the outer particles to the planets and the atomic nucleus to the Sun.  What makes the structures outlined in the Metabolism of Time more useful to us is that our cellular nature and our consciousness are way closer to home than distant nuclear fireballs or the quantum foam.  The alchemical possibilities are legion.


In order to realise a more detailed model than the outline above (and therefore one which is capable of greater specificity when it comes to application) you have to elaborate this simple view of cellular consciousness with even more parallels.  The links below are to some of the more important parts of the work on this site and it is worth refamiliarizing yourself with them before we move on.


These relationships between the cycle of cellular time and the cycle of consciousness are extremely important to us in our lives - we are very familiar with fatigue, with mania, with hunger, with lust - and these sensations are regulated by molecular clocks which are stored in our tissues and concentrated in the SCN (suprachiasmatic nuclei - a cluster of around 20000 cells situated by the pineal gland - the master clock), the liver and the genitalia.   Seeing the movements (internal and external) of your physical body as the movements of your chromosomes directly links them to the genetic dance of creation. 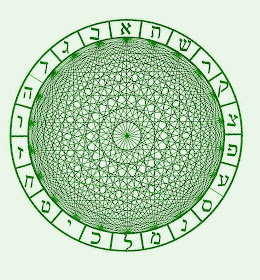 The 231 Gates represent all possible pairings between the 22 Hebrew Letters (code for Kabbalistic astrology i.e. principles of time) when placed in a circle (gilgalim - cycles) and it is said to oscillate back and forth generating fortune and ill-fortune - bliss and plague. Similarly the body reads its genetic information, pairing up amino acids into chains in order to create proteins to maintain the status quo against both harsh conditions and ''too much of a good thing''. A protein is released into the cellular environment from the chromosomes in the same way an action is released into the percieved environment from your physical body.  Conversely rather than being manufactured inside the cell nucleus, proteins can enter the cell from the blood through membranes in the same way an event enters your percieved environment from the bloodstream of time.  In other sections of the Hermetic Lessons we have detailed how to examine the event by its characteristics and therefore respond accordingly.

In Sefer Yetzirah the 12 zodiac signs are specifically related to the concepts of speech, thought, motion, sight, hearing, action, coition, smell, sleep, anger, taste, laughter - the essential modes of our physical body.  Similarly the 12 basic genetic rhythms cover the modes of the chromosomes as they work to maintain your life.  In Sefer Yetzirah, the 7 planets are related to the worldly conditons of wisdom, wealth, fertility, health, power, peace and beauty manifest in your percieved environment and in the Metabolism of Time we relate them to the 7 cellular organelles which makeup the structure and contents of the cytoplasm.  Finally our 3 elements of air, water and fire are related to the systems of oxygen, water and energy necessary to maintain your life.

I am handed faith like a sealed package on a strange looking plate and am expected to accept it without opening it.  I'm handed science like a knife on a plate, to cut the folios of a book whose pages are blank.  I am handed doubt like dust in a box - but why give me a box if all it contains is dust?

*Many years ago I performed a tarot experiment using a 22 card spread which represented these principles of cellular consciousness and used it to ''take photographs'' of my body.  Repeating this experiment daily I was surprised to watch events being digested by my body and cards of the same suit being broken down into smaller numbers in my lower body, or indeed built up into larger structures in the same way proteins are assembled.  You could watch a major arcana card move through your body in this way.
Blogos at 12:01 PM