George: The shiny stuff.  The ice.  The big big money is available's what Will the English says.
Dim: Big big money.

Journeyman has A Clockwork April and the timings for the rest of the year up at Hotel Apophenia if you want to follow the development of the The Cult Movie Meta-Theory day by day and in the post he discusses some of the challenges regarding mapping the film on to the year.  I had similar challenges last year with Rocky Horror Picture Show where I talked about drift etc but at the moment I still believe a rough guide with small inaccuracies is sufficient for our purposes.  We would need more precision if we were making stock market plays off the back of it (clears throat noisily)...  The Alex and Dim parade continues: Volodymyr Oleksandrovych Zelensky, Vladimir Vladimirovich Putin, Alexander Lukashenko, Alexei Navalny, and a seemingly endless media feed of other Alexes (Alex Johnson, Alexandria Ocasio-Cortez, Alec Baldwin, etc) and Vladimirs, Vadyms and Dmitris for us to ''enjoy''.  We've added Pete in the form of Petro Poreshenko alongside Peter in the beret (Pierre) synchronized with the interventions of Macron in this thinly veiled part of the ten year Qabalistic radical decarbonization program.  As you will see below the Meta-Theory has stood the test of time very effectively even if currently still ''unenriched'' i.e. we have the ''big loop'' but we are still a little clear on the enrichment to cover literally every aspect of the narrative.
LIAR LIAR 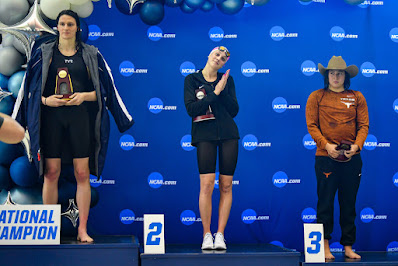 The Demolition Team are approaching society and the human body as if they were demolishing a Tower starting at the base and working their way up - chakra by chakra.  Note how the vaccine side effects that were publically discussed have largely followed the Qabalistic Tree of Life matched with the endrocine and circulatory system:

First Joker and now Liar demonstrate the complicity of the sinister (Qliphothic) aspects of Mercury (God of Athletics) in the destruction of their fellow fascist fitness droogies.  The sex scene where Alex seduces the two girls and then makes love to them synchronized with Lia Thomas' (Liar, Deciever - Samael) victory over the other birthing people in the swimming competition which caused a twitter storm and media hoohah.  Follow my logic here, if the Demolition Team had just shown us a tableau of one ''genuine'' and ''biological'' man with two women no-one would have said: 'that is one man with two women.' By doing it this way they made the majority say: 'that is one man with two women.' There is more: A lot of people were talking about Lia's penis and her not being discrete enough about it in the uterus persons' changing room, this is paralleled by the floppy lolly.  Then there is the actual threesome itself, i.e. the swimming competition, which involves, like swimming generally does, a lot of horizontal splattering and flailing.  One of the themes of A Clockwork Orange is men dominating women and then later women dominating men.

''The big big money'' Dim says to Alex, about their next potential crime, and in the world this is reflected in numerous stories about inflation, energy crisis, incoming food price hikes and now, perhaps most importantly for the Meta-Theory, the ruble being pegged to gold and jostling for the position of the petrodollar (Petro = Peter as well as Petrol).  With a counter attack against the sanctions imposed on him Dim threatens to destablise money itself - and bigly.

Around the 1st of April the civil war ''special military operation'' within the Droogs begins with Alex's attack on George and Dim and Pete's retreat from the movie altogether.  Highly likely to be synchronized with a naval assault in the theatre of war (i.e. the flatblock marina - my ''money'' is on Odessa but Mariupol) but possibly a mutiny or uprising against ''Alex'' that is crushed, we are already seeing inter-Droog conflict modelled by the Illuminati Assets performing in this year's Oscars; the sudden ''out-of-the-blue'' assault withstanding solid comparison with the scene from the movie.  Not only this but the award was recieved by ''Will Smith'' for playing ''King Richard'' (i.e. Will the English - see the quote at the top of the page).

Remember, my little brothers, we got here in the first place through ''inspiration and what Bog sends''.  You know you are watching a movie and you know which one.  The question for everyone keeping up is... what do you do now?

Forget the fourth wall, the only way out of this is through the fifth.

And what will you do with the big big money?  Have you not everything you need?  If you need a motor-car you pluck it from the trees.  If you need pretty polly you take it.

Dim: What did you do that for?
Alex: For being a bastard with no manners and not a dook of an idea of how to comport yourself publicwise, O my Brother.
Dim: I don't like you should do what you done.  And I'm not your brother no more and wouldn't want to be.
Alex: Watch that.  Do watch that, O Dim, if to continue on live thou dost wish.
Dim:  Yarbles, great bolshy yarblockos to you, I'll meet you with chain, nozh, or britva, any time, not having you aiming tolchoks at me reasonless.  It stands to reason. I won't have it.
Alex: A nozh scrap anytime you say.

First of all apologies for my absence but like Hotblack Desiato I had to spend a month dead for tax reasons.  Your scheduled service will now resume:

These are some of the barbs Vladimir (Dim) Putin has hurled at his opponent, each one of them tying us back to the Droogie themes from A Clockwork Orange eloquently demonstrating the ongoing signalling between the Power(s).  Although I was wrong about the exact timing in the last post I doubt anyone here would deny that the events I outlined happened, that our heroes are faked or dead and that the Ludovico Technique has been successfully deployed in the pedestrian population.  These temporal errors were largely due to not being able to spend enough time on research and reconaissance because of my brief absence as the late Hermetic Lessons.  If you saw Hermetic Wizard or Hermetic Wiper I can assure you that these are examples of the Mercurial tagging by those self-same powers rather than any maverick cyber operation that I conducted when I should have been writing here!

I am quite a specialised character and technological prowess is my dump stat. 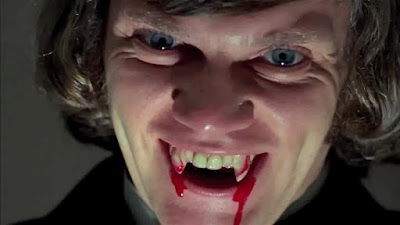 The Alexarillion has swelled monstrously since our last conversation, here is a far from exhaustive list of many media feeds:
Along with all the Alexeis and the Oleksanders we have also had continuous news stories from those we had already identified whether it be Alexander ''Boris'' Johnson De Large's own scandals and attempts to deflect (fortified by accusations the Conservative Party is itself partially funded by Russian oligarchs) Brad Tucker Carlson saying Alexandria Ocasio Cortez is white (her costume often is), or the ongoing trials and tribulations of Donald Trump Alec Baldwin and the ''Rust'' i.e. orange, shooting.  Even Elizabeth Alexandra Windsor got a look in with her lilifluenza positivity, the New York Times here making the signalling as blatant as humanly possible for the unblinded mind.

A Dimarillion has also taken shape in the headlines:

As reported in A Clockwork Orange Experience, if any of us are struggling to pair events with moments from the film this is, in part, due to the seemingly assymetric structure used for this year.  It is not exactly the same as last year, where the chronology was obvious because although the film proceeds in order it has been started in different positions depending which Alex you were obsessively watching.  For instance in Canada I would argue we started later in prison and are moving rapidly to early (from the perspective of the head of the snake) Ludovico Technique; entities in the advertising industry may have started even later.  Trump may start in punishment and finish with crime.  This may be as intricate as a development of the notion of global time, i.e. different parts of the globe started this carousel in the position they would be from whatever entirely demented clock mechanism visualiser they are using.  I think the actual head of the snake (i.e. the bit of the snake that was in the actual starting position at the beginning of the year) was probably Alexander Boris Johnson and this makes sense with the notion of Greenwich Mean Time and babyLondon as one of the principle sites of International Free Masonry. When deLarge visited Ukraine the international focus moved across to this new ''theatre'' of war.  Let me know if this is clear one way or the other, if it isn't I can try and elaborate.

Following the ''actual head'' then, the script in its ''rational'' order and timing, for the sake of some examples:

a) When Dim says: ''Not having you aiming tolchoks at me reasonless'', it's not a great leap to interpret that as Putin's distress with Ukraine potentially joining NATO and therefore having missiles pointed at him much closer to home

b) When Alex's father says: ''Well like he says, it's mostly odd things he does, helping like, here and there as it might be...'' - I would link this to the aid efforts (i.e. weapons supply), which are, of course, both hypocritical and contribute to the violence.

c) I'd argue the Mr P R Deltoid sequence we are going through right now reflects the ongoing negotiations between Alex (hypercubed) + Dim (squared), the tone of PR Deltoid reflects the condemnation of the international community: ''is it some devil that crawls inside of you?''

d) Don't get me started on Snake Island

The Birds tell me that some pertinent clues for the future are also available in the hats of the droogs: bowler, top and, they whisper, beret.

Bear in mind that tracking the head of the snake does not stop you getting constricted in its coils it only makes you dizzy.  Time for a birdseye perspective. We are not serpents, little brothers.  We are eagles.  A head in the sights of a diving eagle is entirely different to the view when it is wrapped around its neck.

Doobidoob... a bit tired maybe, everybody is.  A long night for growing malchicks... best not to say more.  Bedways is rightways now, so best we go homeways and get a bit of spatchka.  Right, right.

P.S. Track the head through March with Journeyman at Hotel Apophenia

P.P.S. Notice the Fruitbat Man posters around town, well, riddle me this... Is that a Clockwork Orange hidden in the crosshairs and question mark..? 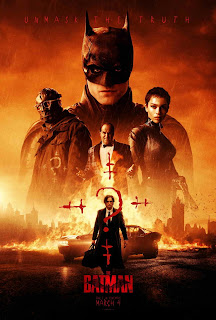 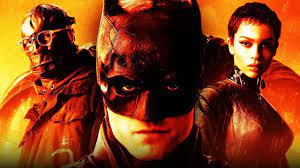 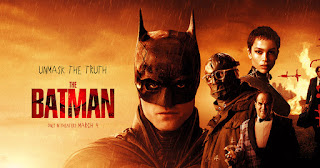 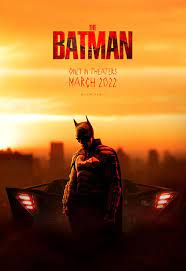