2022 - The Year of Samael, The Ludovico Technique

And viddy films I would.  Where I was taken to, brothers, was like no cine I'd ever been in before.  I was bound up in a strait jacket and my gulliver was strapped to a headrest with like wires running away from it.  Then they clamped like lidlocks on my eyes so I could not shut them no matter how hard I tried.   It seemed a bit crazy to me, but I let them get on with what they wanted to get on with.  If I was to be a free young malchick in a fortnight's time, I would put up with much in the meantime my brothers.

It is no surprise to us that Alexander ''Boris'' Johnson has been forced to resign as we begin the Ludovico Technique treatment sequence.  Johnson, like Alex De Large will be forced to watch himself ridiculed, humiliated and blamed for all manner of national woes over the next week or so.  Alex Johnson, like the free wheeling and law breaking Alex of A Clockwork Orange, will be systematically broken and defanged (removed from office).  Although this is entirely as expected we now need to ask ourselves who and what else will happen in this climactic moment from the ''movie''? 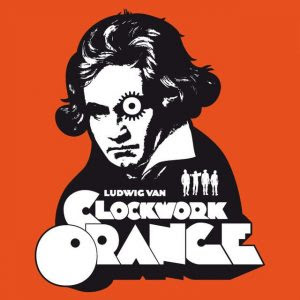 Ode to Joy, Beethoven's 9th Symphony, which plays during the video sequences of violence and war is the Anthem of the EU.  In the first video we see droogs with historical hats violently beating another man but who is it that these countries (and their premiers) are beating?  Is this scene merely the reaction of international leaders to the demise of Alex Johnson or is it another Alex - Volodymyr Oleksandrovych Zelenskiy - who is about to get beaten by the Europeans?  Support for Ukraine, and the sanctions on Russia that accompanied it have caused an unprecedented cost of living and energy crisis with oil-gas prices going through the roof, foreshadowing a fall and winter of blackouts and factory shutdowns.  This burgeoning energy crisis is ultimately part and parcel of installing the climate lockdown philosophy which will continue for at least the next few years; by 2025 the vaccine ''green'' pass will have completed its transformation into the climate biosecurity pass with ''rewards'' and ''incentives'' for adopting a low carbon lifestyle. In the playbook of our Demolition Team they take two steps forward and one step back so I believe that they've pushed prices about as high as they can get without uprisings and now they will take a step back by throwing Zelenskiy under the bus as well and decreasing the prices a little.  A radical change in narrative on Ukraine is heading this way with at least a ceasefire now Luhansk/Donbas have been liberated/conquered - although it seems to make sense that Russia will not stop until they take the whole of the Black Sea coast (i.e. Odesa) and can link up with Transnistria they may at this point take a pause.  There are a number of more extreme scenarios how we get to that pause, one of which is an ''accident'' at a nuclear plant which could cause a fallout cloud that terrifies people inside and also ''cancels'' Summer holidays (again linking us back to Climate Lockdown), another might be a coup against Zelenskiy from inside the Ukrainian military.   We expect the Nazi Military scenes to be paralleled by serious discussion regarding German rearmament or by discussion about Ukraine's own Naziesque proclivities. Boris and Zelenskiy have been very publicly linked in the media, so if one falls the other may well fall shortly after.  There are many other Alexes in our Alexirillion, notwithstanding the almost countless Alexeis and Oleksanders that have been added since we started ''Singing in Ukraine''.  Expect a lot of these background Alexes for set dressing during these weeks. 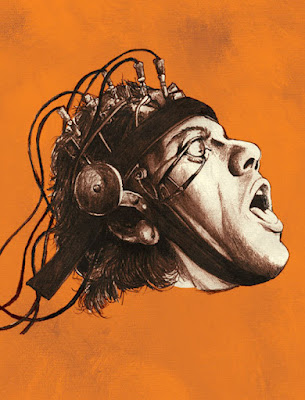 But, my little brothers, this is a big moment for the Demolition Team and everyone with their heads still intact and plugged into the Matrix right now is Alex, and everyone is going to get their heads well and truly fucked if they are watching - sickened by the violence and tortured by the music.  Although Alex is represented by members of our Alexirillion it is happening to ''us'' too.  When I say ''heads still intact'' I mean those of us left who haven't already dissociated themselves into an infantilized depersonalized husk from the accumulated traumatic mind control.  Households, small businesses, individuals and their dreams are being systematically crushed but so is their desire to violently resist their destruction.  There are other ways to interpret the machinery and techniques that are about to be used, whether it be ''advances'' in AR/VR or simply in the mind controlling effects of TikTok and traditional TV.  Covid-19 (Lilifluenza, now Samifluenza), specifically the ''stealth variants'' (BA-Omicron), also synched with Alex's parade of rape and destruction so with cases rising and masks being reintroduced in some places we should not rule out a covidious association between Alex restrained in his chair and some kind of NPIs alongside priming for the Fall continuation of the V-program and climate ''lockdowns'' - Alex the Virus that must be restrained.  When thinking about lockdowns now, enough people have been mind-fucked to the point where they will lock themselves down without need for anything more alarming than the media talking about rising case rates.  Has this mentality infected enough of the population that their conditioning will be enough without being needed to be backed to state force/law (I suspect this will differ from country to country)?

Watching this, on loop of course, many will say the same, with the same resignation, ''oh no, not again''.

Its funny how the colours of the real world only seem real when you viddy them on a screen.

P.s. A reminder that Hotel Apophenia carries the time-keys for July and August.