The Tree of Life I - Qabalah is the New Black

'As early as the 10th century, Saadia Gaon, remarked
about the many variants of Sefer Yetzirah, saying, "It
is not a common book and many people have been
careless in changing or transposing the text." A
century later, Rabbi Yehudah Barceloni likewise notes
that, "there are many, some very confused." In 1562,
the printers of the first Mantua edition remarked how
they had to sift through many manuscripts to find a 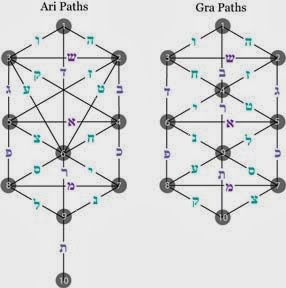 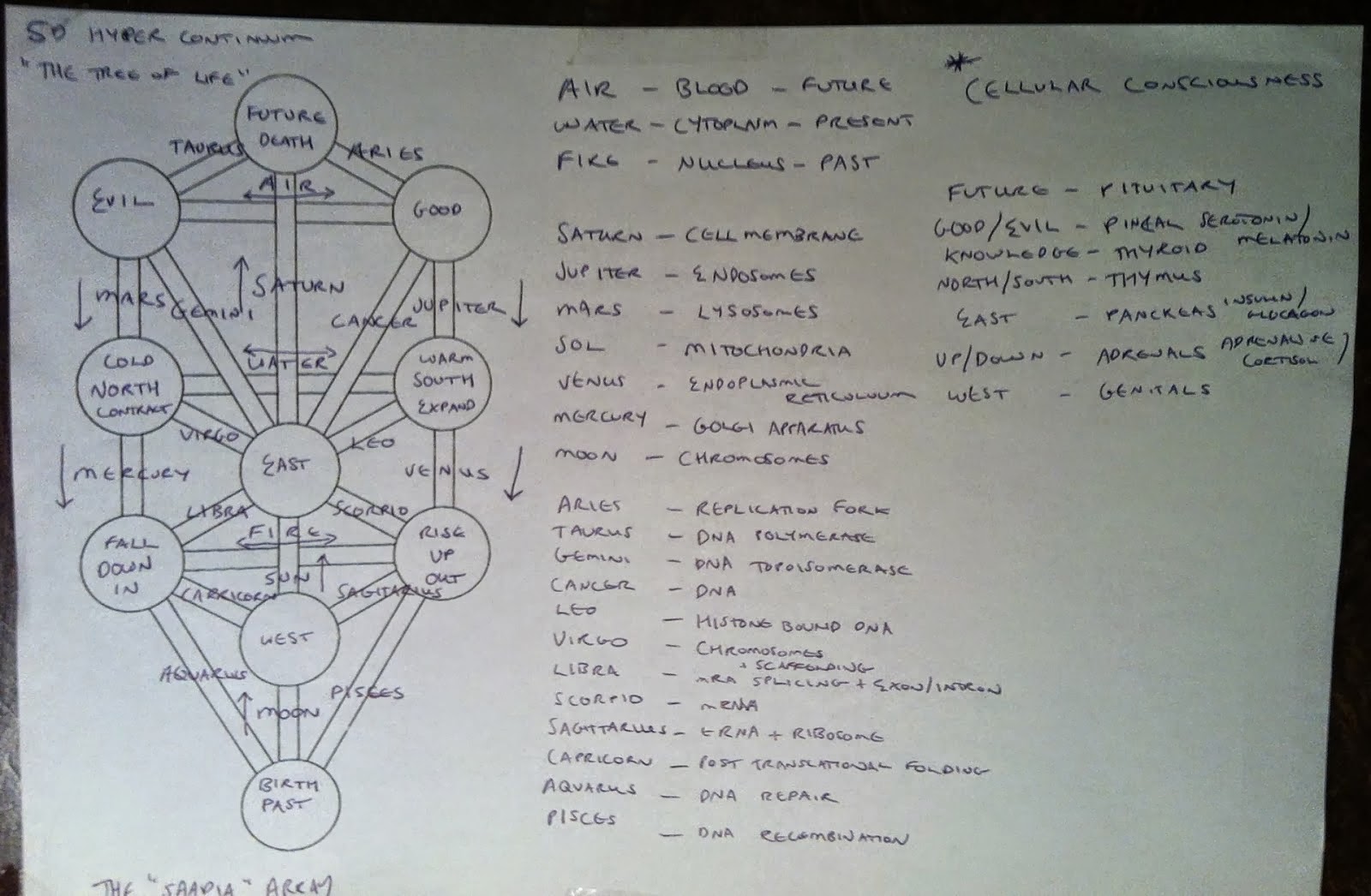 The Tree of Life is a diagram which represents a 5 dimensional hypercontinuum of space, time and observer.  In the Saadia Tree the attributions of the ''Depths'' (or axial endpoints) of these dimensions are as follows.

The elemental attributions are the same Alef - Air, Mem - Water, Shin - Fire (the order of creation in the SY informs the placements on the Saadia Tree of Life as opposed to the Ari where the verse ''create the head with fire, etc determines them) and the zodiac attributions are also the same Heh - Qoph in their order in the Alefbeit leads to Aries - Pisces in zodiac this set of placements on the ToL creates the zodiacal man in the aura: 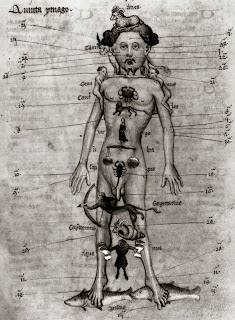 The planetary attributions as mentioned earlier are more controversial but I follow the Chaldean order.  When this is placed in the most logical way on the Saadia diagram highly interesting patterns emerge.

First we have the middle pillar as follows - Kether (Depth of Future/Death), Beit (Saturn), Tifereth (Depth of East), Kaph (Sol), Yesod (Depth of West), Tav (Luna), Malkuth (Depth of Past/Birth)﻿.  As you can see this largely temporal axis shows the passage of the individual from ''birth'' (ruled by Luna) to ''death''** (ruled by Saturn) in the grand axis of Kether and Malkuth, but contains within it the daily temporal axis of East and West, Tifereth and Yesod with the passage of the Sun (its ''birth'' and ''death'').

The right and left pillars now have planets associated with them that are in keeping with the notion of the right pillar being a pillar of ''mercy'' and the left a pillar of ''severity''.

On the right we have - Chokmah (Depth of Good), Gimel (Jupiter), Chesed (Depth of South/Warm/Expand), Pe (Venus), Netzach (Depth of Up/Rise/Out) - which captures the essence of the fortuitous and expansive effects of Jupiter and the blissful, holistic, lovely, ''uplifting'' effects of Venus.

On the left we have - Binah (Depth of Evil), Dalet (Mars), Gevurah (Depth of North***/Cold/Contract), Resh (Mercury) and Hod (Depth of Down/In/Fall).  This describes both the malefic and contractive nature of Mars with the detail focused, description in parts, scientific nature of Mercury.

The Saadia attributions set up the following in the aura: the elements in their natural creation order from the SY, the planets in the Chaldean order, the zodiac attributions in the positions of the zodiac man.  This leads to an aura which is harmonious with the natural and traditional arrays that have operated for thousands of years, i.e. an aura where the microcosm mirrors the macrocosm.
*Clouds, rain, lightning.
**See Last Days of Socrates. 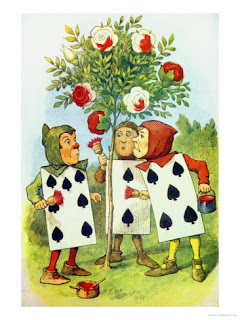 Posted by Blogos at 2:45 AM No comments: