I was discussing the atrophied WMT with some colleagues yesterday and trying to explain what I see as the biggest problem in its decay and I think if I could get people to work on and discuss anything it wouldn't be Kabbalah*, it would be Astral Projection.

When I was studying the WMT in the early years of my career, the development of an astral body and learning to master moving around in it was absolutely central to the disciplines.  You couldn't really move into anything advanced without it.  Those early attempts at projection probably lead me into the dark world of sleep paralysis that I have somewhat struggled with ever since (although it is a gift as much as a curse).  Eventually I learned to do all sorts of things in the astral body, from projecting it around the earthly plane to accessing the astral.

The only things I really see people discuss these days, when they drag themselves away from advertising products or discussing politics** are altars, spells and sigils or the ''cultural appropriation''/ethical issues around them, which as far as I am concerned is the tip of the iceberg when it comes to esoteric work and not the be-all and end-all of it by any means.  I am not knocking work with these kind of strange attractors, I think they constitute an important and powerful set of skills to have, but I can't help feeling that the immensely more rewarding experience of astral projection has dropped off the radar of the WMT.  I guess partially because it requires a great deal of discipline and hard work and people are too distracted by the false astral of the internet, partially because people are actually too frightened of what they might find out and behind all their puffed up exclamations of what awesome adepti they are they are really just dabblers, and partially because the genuine leaders of the community aren't really teaching it or leading by example.

Last night I called upon Raziel and entered the astral plane - I've been doing it for so long now I know what to look for to begin with and it has become an easy state for me to slip into.  Chanting the name and steady breathing helps calm the mind.  I stare into the pixelated darkness of my own mind and a swirling begins. I am long past the astral larvae that sometimes emerge at this point.  They are trails of my mind and my mind is at peace enough to not turn them into serpents. The entity that stalks the living nightmares of the sleep-paralysed has been transformed into an angel.  The darkness is alive with colour and texture, curtains of tesselating intelligence.  After a while the upward force of the will towards the gateway reverses and you are pulled in. So getting on to the astral is fairly easy now, staying on is another matter.


The plane was full of fairly strange entities that night, insectoid and semi-humans, hanging out in some kind of anarchic basement bar.  It was clear there was to be some kind of performance on stage, maybe some kind of astral open mic.  I felt like someone, Raziel, had ''snuck me in'' and that I was drawing too much attention to myself already - probably because of my clothes.  I escaped strange stares down a corridor into a room filled with diagrams of mathematics (which seemed to contain the information I had come for?) and a small group of pale, and deformed old men followed me in there.

Two of them introduced themselves as ''John Honorific'' and ''John Malorific'' before shooting me with a revolver once in the throat and then once again in the forehead.  I snapped out of the astral trance around 5am.  Kicked off again - but I was in for about 5 hours which is not a bad score when all is said and done. ''Honorific'' and ''Malorific'' looked a lot like the alien entities in the film Dark City.  Although this was a shocking encounter in some ways it is a reassuring one.  Often being kicked off the astral in such a way is a clear sign that you were there.  The beings are completely independent. 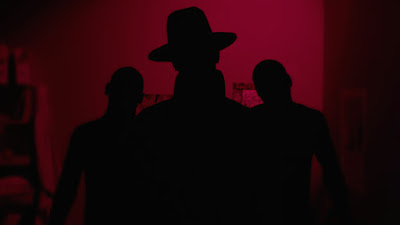 In my experience if you really mess around with big magic, like say Edward Kelley did, then you can expect to encounter the Earthly equivalent of these types as well.  The sub-lunary Earthly world is effectively a prison yard, although we are free to fool around in it to some degree.  Try and get past the Moon and expect to be stopped, questioned and kicked back to Earth.  With allies you can stay on for longer.  Start some kind of riot or plan a mass escape though and they'll show up - MIBs, ''Timecops''***, accusing angels, whatever you want to call them. As I said frightening stuff.

But the work with Raziel has given me heart.  Although these entities appear hostile in some of the ways they deal with you there are definitely allies to be had amongst them.  I am interested in hearing about the astral projection experiments of my fellow practitioners, be they earthly or otherwise.

*Although to be honest if you haven't gazed into Kabbalah, one way or another, you're missing another treat.
**There is nothing to be achieved in politics, discussing (chatting) politics is a way for you to avoid hard work.  The only solutions to our problems are metaphysical.
***Tying into the time-dependent model we have been working on in the blogospheres, I think what could be happening on the astral is actually time travelling into the future.  These entities occupy/colonized ''the future''.
Posted by Blogos at 10:14 AM