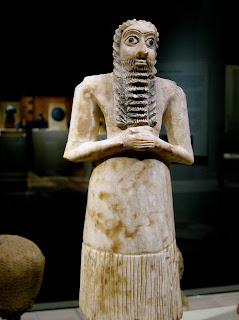 In the Science Delusion, Sheldrake criticises the underlying assumptions of science and this got me thinking about the underlying assumptions of magic. Magick is currently dominated by a belief in ''the probabilistic universe'' but there are at least two other ways we can look at things - the deterministic and the compatibilist.  The philosophical literature on the argument between free will and determinism is dry and dense and free wheeling sorcerers don't necessarily have time to dig too deeply (concerned as they are with preparing for long elaborate rituals, gathering authentic lion-skin parchment and whatnot) but I think challenging that assumption (of the influence upon probability) throws up some interesting points to reflect on.  In this short and highly limited post I am looking over the rival models and asking some questions which I think are pertinent.

At any given moment you are a being with free will and various things are possible but affected by probability. Magick (strange attractors) is used in order to influence probability in your favour.  If something is more likely to occur then magick can easily tip the odds your way, if its a long shot magick can still have some kind of effect but may not work depending on the outcome of the various competing forces. - making Magick a subtle kind of Physics.  The future does not pre-exist (therefore Probabilistic Model is dependent upon philosophical Presentism) but comes to be as a result of these competing wills and forces already in existence. There is therefore no destiny or you make your own.

Everything you do in life, including waving your magickal wand, you do because of things that happened before. You were led here.  The future already exists.  You are not free in the slightest and there is no such thing as magick because there is no such thing as free will.  Whether you choose to believe in the delusion of free will or accept determinism is also predetermined.  ''I created you in order to destroy you.'' The feeling of doing magick is explained by misguided prophecy, your ego is claiming responsibility for something that is happening which would have happened anyway. But your ego, your thoughts on this and your belief in the probabilistic universe that made this possible are also predetermined.  Self - Consciousness acts as an analogue narrator/commentator for events over which it has no control. Although this might feel spontaneous it is in fact entirely scripted. There is only destiny.

Several futures already exist.  The only surviving futures are ones where time travel exists - ''time travel'' binds the future to the past (the beginning in the end and the end in the beginning) and allows that universe/timeline to cohere.  You are in one of those universes.  Magick is only possible at certain key moments where those surviving universes intersect - they are knotted together. At these moments you can change/select universe from your list of finite surviving variants.  A ''Choose Your Own Adventure'' book where magick allows you to flip universes.  There are multiple destinies - ''Enlil'' is the Master of the Destinies (plural).