The mother letters are then associated with the structures of consciousness as laid out in the early phases of the Metabolism of Time in the following way*.

Alef represents the blood and the interstitial fluids which supply much needed nutrients and oxygen to the cells of your body to complete their metabolism (and respiration), and on the mental level, Alef represents the flow of time which provides the supply of ''events'' into your cell which you need to complete the metabolism of time.  The main trinity of this in the Metabolism of Time diagram are the Altered Future (the blood-time proper), ''reducing the future'' (which corresponds to the way the cell membrane filters out components of the blood that it does not need via gates and receptors) and changing the future (which corresponds to the way in which cells release back into the blood various products and their ''waste''').   In the diagrams of Felix this is represented by the third circle which bounds the other two, and corresponds to the cellular membrane.  The ''Experience of the Moment'' occurs within the cytoplasm itself, and represents the bridge between the third sphere and the second sphere.


Mem represents the cytosol and the organelles - this is the location where the main functions of the cell are performed.  Nutrients are processed by various organelles, chemical messages are interpreted and responded to, threats that have somehow passed the cell membrane are phagocytosed and destroyed (hopefully!).  On the mental level, Mem, then corresponds to your immediate environment and your sensation of your body within that environment.  The objects that surround you in your environment could be likened to stuctures, messages and nutrients, etc, within the cell, which you are operating on and processing.  Since Mem and the Organelles also relate to the planets, the environment around you is planetary (in the astrological sense) and those objects have planetary qualities if you look below the surface appearance**. The main trinity of this section are the ''Experience of the Moment'' (the events that occur in the cytoplasm - nutrients, messages, etc), Analysis of the Moment (the way those events are interpreted by the cell), and Reaction to the Moment (the choices of the cell in response to those events).  The Innner Mind which occurs at the bottom of this trinity corresponds to the nucleus (the nuclear membrane) of the cell.

Finally, Shin represents the genetic material and this is seen in its triple -headed flame in the form of DNA (two strands) + mRNA (one strand) - on the mental level this relates to your own ''memory'' but not just the memory of this particular physical incarnation but all of the incarnations of this line of the Tree of Life, down to things like coral and sponges and perhaps even to the atoms themselves.  When stimulated by the events of the ''present'' (cytoplasm), the self delves into the ''past'' (genes/chromosomes) in order to retrieve information in order to deal with those events, in the same way the DNA unwinds to present information that allow proteins to be transcribed that deal with the present moment of the cell.  This memory is ''inside'' you but *not* just inside your brain but in the very fibre of your being***.  Your cells have memory not just your brain.


Complete List of Cell Correspondences to Metabolism of Time

Do not forget that these cellular correspondences also match up to the physiognomical correspondences outlaid in the first section of the Metabolism of Time and various ideas are incorporated into the design of the images.  For instance: 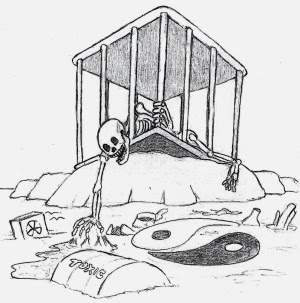 This is the image of the Ignorant Fool which corresponds to ''reducing the future'' and ''serotonin'' for reasons explained in that section.  This also corresponds to the receptors and transporters in the cell membrane.  The image shows the way in which the ''membrane'' selectively filters the blood for contents, excluding pollution in the form of waste or microbial threats, etc and only allowing components through which are useful.  Similarly the mind receives tremendous quantities of information from the future every moment but this information is filtered because otherwise the consciousness (cell would be overloaded).﻿

**Do not make the mistake to think that the planetary ''objects and events'' are orbiting your sense of your physical body as the Sun.  The Sun is represented by two things, the nucleolus which represents your ''reach'' but also the mitochondria (the esoteric aspect of which will be covered in future posts).  Your actual sense of the physical body itself is rightly associated with the Moon as the genetic material itself but this contains within it the whole twelve signs of the zodiac as well.

***This is a highly important technical point and where the Saadia Tree clearly differs from the Ari Tree.  The Ari, as is traditional with the later Kabbalists associates Shin with the top-most horizontal as it states ''create the head with fire'' - but if you look closely at the text it could be refering to the sexual organ (see Kaplan commentary on this section of SY, its in Ch.3).  This is my preferred reading and also connects better with the idea of the DNA being closer to the true ''mind'' as opposed to the brain - it also connects more with the ideas of molecular developmental biology - more on this later as well.
Posted by Blogos at 5:18 AM 3 comments:

The cellular nature of the body (and consciousness) can be considered threefold - the nuclei of the cells where the genetic information lies, the membrane-bound cytoplasm that surrounds them and finally the interstitial fluid and blood they are collectively bathed in.


These three can be related to the mother letters and elements in the following way. 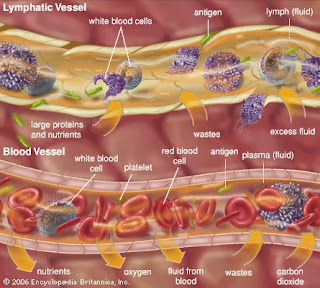 Alef and Air are related  to the blood supply - this is where the oxygen reaches the cells, it is the Ruach (Kingship of Alef) or breath spirit that maintains their life*.  This is also directly related to the future as it is the blood, which brings the future to the cells in the form of their shifting chemical environment.  Alef then as Mother of the Blood, can be said to be the Mother of the Elements all together. 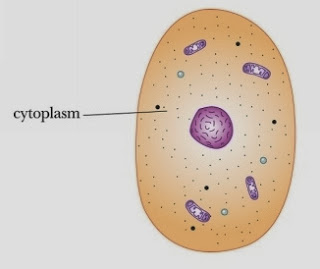 Mem and Water are related to the cytoplasm as it is mostly a little bubble or bag water with some organelles suspended in it.  This is directly related to the present as it is the environment of the cell which constitutes its own present.  Mem as the Mother of the Cytoplasm can also be said to be Mother of the Organelles (the little globular structures inside the cell) and also Mother of the Planets. 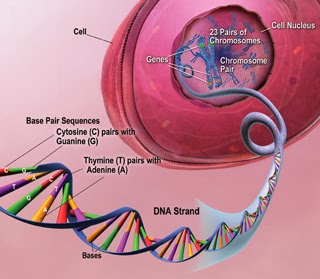 Shin and Fire is related to the the DNA and chromosomes as the triple headed nature of the Shin indicates the triple nature of DNA (i.e. the double helix of DNA with the single stranded mRNA being produced from it)**.  This is directly related to the past as it is the store of genetic information which constitutes the information which has come from the past and which is unravelled in order to produce information to deal with the current present environment of the cytoplasm.  Shin as the Mother of the DNA/Chromosomes can also be said to be Mother of the Zodiac.

*Structure of Alef similar to structure of haemoglobin, Alef composite value of 26 (two vavs and yod) indicates links to iron (atomic number 26) and its role in haemoglobin.  ADM the word for Adam is literally Alef, breath attached to DM or ''red earth''. 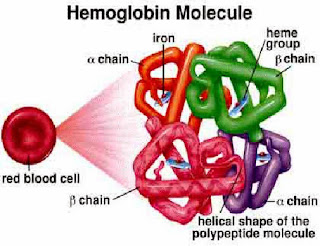 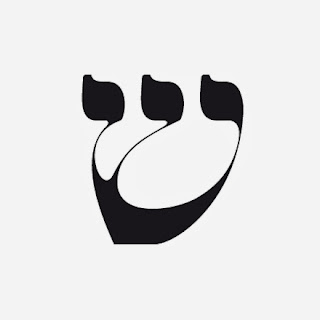