The Tree of Life - The Shadows of the Past

ViaGnostica wrote very elegantly on the Tree of Depths and as he points out what the Tree represents is a framework for orientation to discover ourselves in infinity and exploring this framework is both exhausting and exhilirating.  Having recently returned from England where I  performed several ancestral pathwalkings it encouraged me to reflect on the Depths of the Past or Malkuth.

In the WMT, Malkuth is often understood to be physical reality and here we encounter the first hurdle of understanding as we have to remember that most people believe the physical world that surrounds them is something they observe directly and in the now.  However, what we think is the physical world is actually a hologram of that world created by sensory signals bouncing off physical objects into our sense organs ultimately interpreted by the mind.  Our consciousness then observes and interacts with this hologram from somewhere else inside our mind.

The consciousness of individuals is constantly fogged up by the tendrils of the past, whether it be endless analysis and recall of experiences - regret, guilt, anger, revenge, or in the desperate attempts to forget - alcohol, self-medication, sleep problems, and it is part of the journey of every initiate to confront and overcome the challenges they represent and as a healer to extend that wisdom to help others.  When one is stoic one can live in what I call the immediate past, which others call mindfulness*, an experience of the past which is uncluttered by remembering and forgetting. But there is a lot to be learned from the deep past that coils and writhes inside your every cell- here are the memories of untold generations of incarnations and the secrets of the powers of a real human being - VITRIOL.  Whilst being as present as you can be, in the shallow end of the immediate past, is a sensible position for day to day life and much preferable to  wallowing and drowning - there are great treasures in the sunken wrecks and coral reefs of the ancient deep for the intrepid diver. 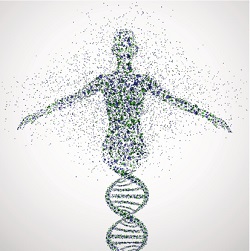 *They often continue to mistake their perceptual world for the now though.

Posted by Blogos at 5:40 AM No comments:

Ten Sefirot out of nothing according to the number of the ten digits [fingers and toes], which are five against five and a single covenant to be determined in the center. In word and tongue and mouth, they are ten extending beyond limit: depth of beginning, depth of end, depth of good, depth of evil, depth above and depth below, depth of east and depth of west, depth of north and depth of south, and the sole Master and lofty King faithfully governs them all from his Holy dwelling in Eternity forever. - Sefer Yetzirah, Saadia Version

The Sefirot are said to be the Depths, and these Depths are the end-points of five sets of polarities that we use to describe the universe - beginning-end, good-evil, east-west, north-south, up-down.  We are all familiar with the three dimensions of space, and the one of time, but as physics is increasingly discovering, the observer themselves must be included in any observation and therefore there is a dimension of perspective.  This dimension of perspective is traditionally referred to as the depths of Good and Evil but could also be considered as advantage-disadvantage, merit-liability or like-dislike as the observers respond to what is being observed.  One function of the Tree of Life is to create a map of these five dimensions and through meditation we can reach the point at infinity;  these bottomless depths only meet at the point at infinity.

The point at infinity is the true nature of the Sefirot, of the Depths - erroneously associated with spheres, the word Sefirot is closer to cipher (point) and Sappirot (sapphires from Sanskrit); the word used to conjure up the vertices of the lines on the cut stone.

They saw a vision of the G-d of Israel and under His feet was like the brickwork of sapphire and like the essence of the heavens for its purity - Shmot 24:10

Think how the idea of a sphere is immediatly limiting to only three dimensions and how physicists use more complex shapes to imagine the universe - toroids to Calabi Yau manifolds - and free yourself from its geometric prison. Once the point at infinity has been reached through meditation on the Depths one has reached the idea of the Sefirot which will act as the foundation* of the Tree of Life.  Spheres are useful but they can also be misleading.**

The Depths are associated with the Sefirot according to the Saadia Tree in the following way.  Binah is associated with the Depth of Evil as it is atop the pillar of severity, Gevurah is associated with the North/Cold/Contract for Evil comes out of the North*** and Hod with Down/In/Fall****.  These attributions complete a pillar that describes the idea of contraction or severity.  Inversely, the other pillar is a pillar of mercy topped by Chokmah or the Depth of Good, Chesed as the Depth of South/Warm/Expand and Netzach as the Depth of Up/Out/Rise.   Finally the middle pillar represents the depths of time, Past (Malkuth), West (Yesod), East (Tifereth) and Future (Kether), the journey of our soul between the pillars of mercy and severity, expansion and contraction from its beginning to its end.  These days I do not use the traditional titles of the Sefirot but refer to them as the Depths, I include them here for the sake of other Qabalists.

There are possible variations on this structure although most sources keep the six spatial directions to the six central Sefirot of Zeir Anpin (Ches, Gev, Tif, Netz, Hod and Yes).  Some argue for Good and Evil to be associated with Kether and Malkuth, giving Chokmah and Binah the depths of Beginning (Reshit) and End (Teshuvah) respectively.

As we have explained before the paths between the depths are associated to the letters by their natural groupings thus three mothers associate with the three horizontal paths, seven doubles with the seven vertical paths, twelve simples to twleve diagonals.  We can then learn more about these letters from their placement on the Tree of Life.

Three mothers: Alef, Mem, Shin: their basis is a scale of innocence and a scale of guilt and a tongue ordained to balance between the two. - Sefer Yetzirah, Saadia Version

Three Mothers: Alef, mem, Shin, Their foundation is a pan of merit, a pan of liability and the tonuge of decree deciding between them. - Sefer Yetzirah, Gra Version

Alef, King over Breath, is between the Depth of Good and Evil and in the Sefer yetzirah, The Mothers (especially Alef) are said to be a tongue of decree that decides between merit and liability.  We know that the pillars of Severity and Mercy can be asociated with Liability and Merit and the Mothers on the horizontal paths are situated to decide between the two.


Alef, the breath wind, King of Air, sitting between the Depths of Good and Evil is the decider of where the rain falls and the storm strikes.  Mem, the wave, and King of Water, sits between the Depths of North and South, Cold and Warm - these waves of energy determine the way heat moves, the interaction of fronts and the periodicity of the weather.  Shin, King over Fire, sits between the Depths of Up and Down, Rise and Fall - as objects gain energy they expand (out) or rise, as they lose energy they fall, and we see this action of rise and fall most clearly in the movement of fire itself.  These elemental mother letters rule over the primary forces of creation in the Sefer Yetzirah - air, water and fire or clouds, rain and storm-flame, and straddle the Tree of Life's horizontal paths - they determine which lands have fair weather and which have foul, how energy rises, sinks, radiates and flows and in so doing form a tongue of decree which decides between Good and Evil.

The Seven vertical paths are associated with the seven planets, or seven double letters.  For the middle pillar - Saturn as the path between Future and East signifies death and reincarnation, the Sun between east and West shows its movement in the sky and the passing of the day*****, and the Moon connects the West (the twilight land of dreams), with the Past (including memory, birth and the memory of the last life).

The pillar of severity has Mars positioned between Evil and North and Mercury between North and Fall - the idea of Evil - North - Fall as a contractive axis has been established already and we know that Mars and Mercury are in charge of destruction and deconstruction. Mars as the evil that comes out of the north, and the Mercurial logical mind, with its tendencies to break things down are situated appropriately.  The pillar of Mercy on the other hand, Good-South-Rise fits well with the Jovian aspects of expansion and the erotic Venutian aspects of euphoria, awe and beauty.  Severity and Mercy can in this way be usefully contrasted with Work and Play.

Finally the twelve simples/zodiac signs trace our twelve diagonal paths and rule over various kingships, or faculties of the soul - Speech, Thought, Motion, Sight, Hearing, Action, Coition, Smell, Sleep, Anger, Taste and Laughter.  Most of these Kingships stem from the central Depths of East and West, appropriate in the way in which these faculties determine our sensory responses to conscious life and our movement within it - but Speech and Thought are associated with the future, and Taste and Laughter with the Past.  These kingships latent in our DNA trace their signature double helix through the paths of our Tree of Life, the Tree of our Depths.

*An alternate name of Yesod is Kol or All, through meditation on the Depths we do indeed relate to the All.
**We must also not forget that spheres are very useful text boxes.
*** Then the LORD said unto me, Out of the north an evil shall break forth upon all the inhabitants of the land. - Jeremiah 1:14, King James Bible
**** For thus says the Lord GOD, "When I make you a desolate city, like the cities which are not inhabited, when I bring up the deep over you and the great waters cover you, then I will bring you down with those who go down to the pit, to the people of old, and I will make you dwell in the lower parts of the earth, like the ancient waste places, with those who go down to the pit, so that you will not be inhabited; but I will set glory in the land of the living. - A Prophecy against Tyre
*****This central position also connects with the depths of North and South, and Rise and Fall which we all know are important in the movement of the Sun, and nuances the passage of time.
Posted by Blogos at 5:35 AM No comments: