I think some of the problems with developing an astral body are that people are trying to run before they can walk and give up rapidly when they fail.  In the Sefer Yetzirah we are taught to gaze into the mysteries and the following exercise, an enrichment of earlier posts, is to develop your astral eye(s) as opposed to your astral body 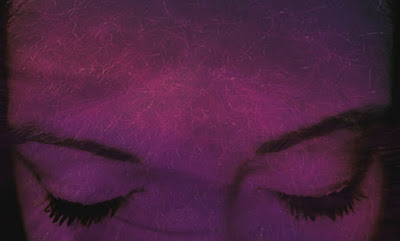 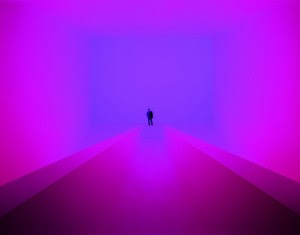 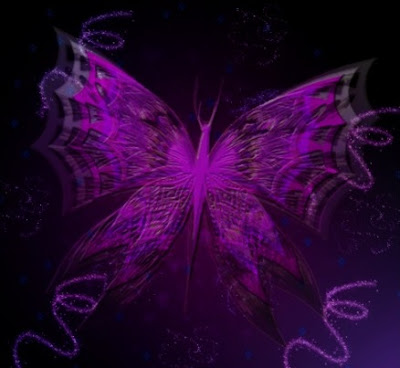 The Quarry of Magic Strange


The visual metaphor of the folded paper stabbed through by the pen has been used by many films, TV shows that have wormholes as part of their conceit.  The dimension traversed by the wormhole is percieved as a heavy darkness, possibly filled with nightmares that may bleed into this reality and which provides a way of bypassing time and an instantaneous bridge for the senses, or the entire physical body - a secondary and orthogonal time dimension, anti-time, the reversiverse and in Stranger Things the Upside Down.


Myself and my sister are both capable of use of this dimension for remote viewing, telepathy etc implying some kind of genetic element - my sister has followed a different route mainly transcendental meditation as opposed to my more formal academic and Qabalistic approach and she is now a professional psychic.  When I was younger, around eleven, I used to imagine creating psychic routes to other people by tunneling through this dimension, implying some kind of solidity to it.  During my archangel work in 2001 Uriel showed me this dimension by opening a portal in the back of my fireplace quite like the scene from Stranger Things where Winona Ryder is smashing a hole in the wall.  Numerous journeys to the astral have featured a highly viscous black gel. This material of anti-time, once quarried, can be hewn and held - important exercises in the Sefer Yetzirah teach us to carve letters from this void and weigh them.  Holding a freshly quarried letter in the mind is a bizarre experience - vision is synaesthetically mixed with feeling or touching the heft and shape of it.  When brought back this nugget of anti-time will create a specific Kingship or impression as it reacts with time and disipates into the phenomena it causes.

In my opinion a lot of the failure to develop psychic abilities falls on the fact that many are trying to develop them or deploy them in the wrong area of the brain, the whole notion of putting two fingers to the temple and willing with the front of the brain is extremely misleading.  You need to use the back of the brain and you need to learn to achieve effects through pulling rather than pushing - pull towards, or pull up (to the astral - like a cable ferry).  This is not disimilar from the more mundane magic of strange attraction be it through altars, sigils, etc they also work by pulling.  The back of the brain i.e. the cerebellum with the pineal being the front of this brain could be considered to be the access to ''11'' and the Will, (Ratzon, Kether) or ''1'' could be said to be the frontal cortex - substantial interference between the two is caused by the ego.


That Will is abducted and Eleven released in the beginning of Stranger Things is suggestive of the relationship between these two brains.  Often the Will, misguided by the ego interferes with the use of psychic powers - as the seat of executive control it is mainly concerned with stopping or preventing behaviour.  That the psychic needs to be egoless or submit to a higher power is an idea we see throughout esoteric mysteries - for example a medium channeling a spirit needs to empty themselves or a Kabbalist is one who is an empty vessel capable of reception.  In order to achieve this in government funded black operations where the individual prisoner is unwilling to surrender the ego it could be smashed with trauma based mind control in order to unleash this inner Eleven of magic*.  Regrettably the nightmares of those individuals may then bleed into reality.


*This character also speaks to the notion of the Fallen Daughter who lies atop the Shells (Qliphoth).

Posted by Blogos at 4:29 AM No comments:

Raziel - Time Travel and the Future

As you know I have been working with Raziel on the subject of time travel.  In previous messages, I was informed that basically this timestream is closed because if you were to be able to change any events in it then you could possibly interfere with the invention of time travel. This means that this timestream is entirely determined with serious implications for ''magic'' (there is some selection possible but only those universes whose decisions aggregate in the invention of time travel are realisable).  It can be observed from the future, but not interacted with in any way.   ''The future'', i.e. the period after the invention of time travel is, from the perspective of a time traveller, treated like space and ''colonized''.  The next piece of the puzzle was this message which after unpacking seems to complete the model of the future.

''At the moment of the *invention* of time travel, trillions of people will instantly appear.''  - Raziel

This moment of invention is Year 0 and since time is space in the ''future'' it is effectively a kind of Mecca, a *place* that everyone wants to visit, bearing in mind that you can't interfere/interact with anything before this. After a clarification question on the period of time necessary for the proliferation of time travel technology Raziel stated that this doesn't happen. From the moment of invention, all the future is colonized already.  What would it be like to be some random individual in Year 0, with trillions of freakin' time travellers spontaneously materializing and then I assume just enveloping and absorbing our entire culture? Also what would it be like to be the person, or people who ends up inventing it? They think they are going to be famous and then are instantly mobbed!  I think although some people will hold it together and join them, but the vast majority will just go insane and our culture will be over.

What does this future look like where time is treated like space? According to Raziel it looks like the astral plane, the implication being that the astral is the future - this seems to support the temporal entanglement theory of occultism that some of us have been working on.  Raziel was keen to make clear that the there is a not a period of time where new time travellers are staking out claims over various epochs playing out a kind of gold rush over the vast millenia as this is already done.  The structure that subsists in the astral future is based on archetypes and seems to play into a polytheistic reality.  Again like in the present there are vast super voids of uninhabitable time in the future.

I speculate that universes where time travel is not possible do not cohere at all, time travel provides the pinchpoints, or twists that hold universes together and separate them into three distinct realms - past, present, future.
Posted by Blogos at 2:03 AM 2 comments:

The Metabolism of Time - Social Interaction and Immmunity


These important findings about the relationship between immunity and the way in which we interact socially are entirely consistent with Cellular Consciousness and the Metabolism of Time.

When overlaid with the endocrine system the middle section of the Metabolism of Time diagram shows a link between the thymus gland, reponsible for setting our immunity as we grow up, with the way in which our inner mind or ''ego'' deals with the experience of the moment, often other people.


We zoomed in on these physiognomical characters in early 2013 - The Confused Venutian and the Shellfish - two of the characters that were revealed in the original vision in 1994.  The Analysis of the Moment is revealed by the Confused Venutian and his scanner and ray gun - representations of how the immune system works by checking whether the target is either a foreign body or a self cell.  If the scanner reveals it to be a foreign body then it will be destroyed by the ray gun - the host of destructor immune cells, if it is a self cell then it will ''enter the mind'' and be responded to in the reaction to the moment shown by the Shellfish i.e. greeted cheerfully.

You are looking at several years to master the Metabolism of Time but the information on this site represents ''the missing link'' in understanding the alchemical motto of As Above So Below - that the human mind functions in exactly the same way as the biological cell.  The work on the Metabolism is listed chronologically so if you go back to the very beginning of the site and print out the material with Metabolism in the title you will have ''the book''.

- analytical? always looking to place blame? Confused Venutian
- bitchiness, objectification of other people and the self + the above - path between Confused Venutian and the Bloodless Being
- jumpiness, revenge seeking + Confused Venutian i.e. ''antibodies'' - path beetween Confused Venutian and the Jay
- sluggish immune system, trusting, gullibility, being a sucker, people constatntly, taking advantage but very friendly and liked - Shellfish
+ skin autoimmune disease - path between Shellfish and Mime
- avoid ''mummification'' of kids, if over protected ''an Egypitan mummy of bandages and sarcophagi, immune system will not develop properly, let kids play in the mud, etc
+ Theory of Knowledge/Genetic Disease two mummsie types likely to produce severely immune impaired kids, this is the manifestation of ''twin-ego'' relationships of either two Shellfish, or two Shellfish-Mimes