On the day I went away (goodbye)
Was all I had to say (now)
I want to come again and stay (oh my my)
Smile, and that will mean I may
Cause I've seen, blue skies
Through the tears in my eyes
And I realise
I'm going home
(I'm going home)

Excuse the sometimes dark and violent graphic imagery used in this post but people are under a lot of stress at the moment and its fogging the lenses.

Well they had their moment in the Sun, when they felt safe and protected and the world was rose tinted and the gangsters, who always offer protection, seemed kindly benefactors.  Vaccine failure seemed like... oh.... tens of percents away... but suddenly the rug was cruelly pulled out from under them.  I spent the weekend before arguing with one of the priesthood (scientists) about why he argued always from a point as if ''the science was settled'', a term that was invented for a public with a reading age of six and which he should know better about, when ''the science'' abundantly changed from week to week.  Omicron deftly illustrated my point.  But he, and others, were never arguing from the scientific point of view, where this was inevitable, they were arguing from a sense of trying to maintain public order and their own few remaining sanity points.  Well, Father Science, they are now spent.

These moments in the sun, in terms of maximum vaccine efficacy, were enjoyed during lockdown.  The vaccine was never tested at its peak.  When the vaccinated returned to the outside world was already long after the maximum protection, maybe as much as six months in the UK (for those vaxxed early on), so boosters became inevitable.  To begin the process again with a new Pfizzler from the Pfiefdom will be 150 days to synthesis and get jabs in arms.  150 days of lockdown before the cycle begins again?  China fear if they open up they will have hundreds of thousands of cases a day and so therefore can never open up.  Why the fuck did we not increase actual hospital capacity and why the unholiest of fucks did we give nurses a real terms pay-cut?
LIKE I'M OUTSIDE IN THE RAIN

Like I'm outside in the rain has special meaning for the Rocky Horror Picture Show Meta-Theory as the rain (and storm) was linked to the virus (Lilifluenza) and the vaccine linked to whatever hope was offered by the Frankenstein Place.  See that interpretation here: There's a Light.  The collapse of the vaccine program therefore means that, for now, everyone feels like they are back in the rain.  By everyone I mean everyone.  Feel the power of the fucked-side.

And this new variant, for now of course, makes the whole thing seem insane. All the shit everyone has been giving everyone else over this fucking thing.  Totally and overwhelmingly insane.  How do people begin to process this level of humiliation and abandonment (I'm going home), I cannot begin to fathom.  If it didn't happen now it was always going to happen at some point it's high school level virology. Maybe they'll say it still has partial effectiveness but anyway from Sunday we are resetting the vaccine clock.  Do the Time Warp again.  But refresh the hell.
CARDS FOR SORROW, CARDS FOR PAIN

You're damned if you do and you're damned if you don't is the way most are feeling right now in their core.  Companies that rehired have to refire.  Those that have fired have to rehire.  Clownworld. Those who took the risks thinking of themselves, or of societal good, all have egg on their face.  Shame.  Abandonment.  How do those upstairs walk back from this?  Clearly through a combination of anit-covid pills, non-pharmaceutical interventions (masks, curfews etc) and maybe patchy coverage with a pfizzling vaccine program while tolerating a much higher death rate.  But the damage is done.  To business.  And to civic mindedness.  The portal to the next Qlipha is open.

''There was me, that is Alex, and there were three droogs, that is Pete, Georgie and Dim.''
I'M GOING HOME

The literal reading is that the elite are going back to wherever they come from, the twist is that Frank n' Furter is not going back with them but is going to be removed, after this swansong, for his failures.  Frank with the delta emblazoned on him was always a metaphor for the vaccine campaign and was personified by, largely, Biden-Harris, but to some extent Gates and Charles (both major players in globalization, environmentalism, and vaccination). 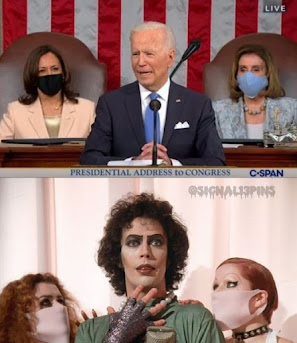 There is always set dressing in these numbers (like we saw with the Frank story from House of Cards over the last couple of weeks) but I would imagine the overall thrust of this is the vaccine program telling the international elite: ''goodbye''.  Well, Frank, at least you tried, eh?

When we think about what Transylvania means for them we need to look at the use of the Mona Lisa throughout the film i.e. the bloodlines as the Royal Family trace their ancestry back to Transylvania.  For those who have been following for a while now will know the extent to which this has been about vampires and vampirism: the airborne bat disease that effects the blood, etc.  Garlic (allicin - anti-viral activated garlic pills) & Sunlight (Vit D.) still work very well on this vampire disease despite the absolute failure of modern medicine to get a grip on it.  If you get it, keep your system flushed with clean i.e. holy water.  I think the investigation of melatonin and its interaction with the ACE2 receptor and what they mean for the third eye is worthy of your time if you are into the alchemy biochemistry of this - this may ultimately be why the fish-oils are also very effective and why we tie back to this psychic ''blinding effect''.  So some final watchwords from Van Helsing:

Following from Van Helsing, if you're a wizard, follow the advice of that priest I spoke about above, before he became a priest and was himself a wizard of some stature: when you encounter a vampire at night simply open a portal into the blue sky on the other side of the planet, connect it to the suit or ring you are wearing and let the light stream through...  With a little magic, vampire problems of this sort can be quickly solved.  Important safety tip: don't put the portal on the actual sun or well... spontaneous human combustion.
TIME KEY
(+/- 1 DAY OF ACCURACY)
28th November

Interpretations(Frank as vaccine): Oh fuck that means the whole vaccine program is fucked.  Quick say something. 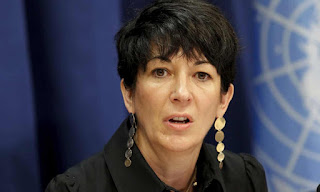 Interpretations (Frank as Charles, Frank as Gates, Frank as Biden, Frank as Clinton?): Columbia as Ghislaine, the helper of Frankepstein?  What part will she play in the downfall of Frank?  Remember Columbia is taken out before Frank.

Interpretations (Frank as vaccine): On the day the vaccine went away, goodbye was all the vaccine had to say:

Interpretations (Frank as vaccine): Material drop in effectiveness of vaccines against Omicron expected by Moderna

Interpretations (Frank as Biden-Harris): Republicans boost benefits for people who quit over Biden-Harris vaccine mandate i.e. who say goodbye because of the vaccine
1st December 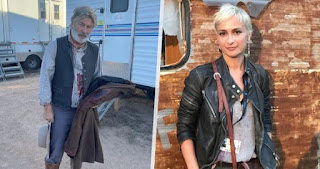 Interpretations (Columbia): Meghan Markle, Donald Trump & Nigel Farage
Interpretations (Frank as vaccine): The vaccine wants to come again and stay and that will mean the vaccine may... Look it does work against Omicron, honest.

Cause I've seen, blue skies, through the tears
And I realize I'm going home

Interpretations (Frank as vaccine): The vaccine worked (saw blue skies) for Delta, even though the victories were hard won, but the vaccine realizes that it is going home, for Omicron?  Or that it is going home, in that it becomes a part of our social landscape for good...? I imagine it will be replaced by the mix of NPIs (masks, curfews), anti-covid treatments or at least have a much diminished role in policy.  Anti-covid milk anyone?  Pick your flavour?

Interpretations (Frank as vaccine): Elite gathering for the final moment of the vaccine.  Some sort of emergency summit?
4th December

Interpretations (Frank as vaccine): Everywhere has been the same, feeling no protection at all now.  Outside in the rain i.e. back in the grip of the virus.
5th December

Free to try and find the game (dealing)
Cards for sorrow, cards for shame

Interpretations (Frank as vaccine): The vaccine is not really working and causing lots of discord and calamity.

Interpretations (Frank as vaccine): Wall of secrecy as Pfizer accused of profiteering (i.e. the game)

Interpretations: (Frank as vaccine): Anti-viral pill to be offered to most vulnerable who test positive in 48 hours
6th December

'Cause I've seen, oh, blue skies,
Through the tears, in my eyes

Interpretations(Frank as vaccine): But it did work, honest.
7th December

And I realise I'm going home

We are all become God's madmen, all of us.