The Tree of Life - Summoning the Letter M


During the Sefer Yetzirah study myself and my fellow students worked with a letter per month over the course of 22 months.  We followed this for a further 22 months studying their Kingships.  The original impetus behind the work was the request from Raziel to ''study the letters of our names''.  I felt that the letters in the name of each angel formed some kind of code and by understanding the letters I would understand more of the totality of the angel.  The details of such work varied between the students - some more research based, others meditative and others more practical.  Various Kabbalistic/Yetziratic methods were used - Tzeruf for example - alongside others with a more hermetic bent who continued to explore them through associated forms like Tarot.  Letters were pursued in vision and along the paths.  During the work each letter seemed to resonate like a glass or ceramic vessel until it cracked open and released a spirit - more often than not physical phenomena associated with the letter accompanied this spirit. In sharing a small account of an example of this work I hope that other practitioners will find new ways of working and different ways of looking at their Arts. 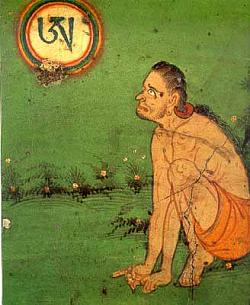 I had been working on summoning Mem (the letter M) for a few days - letting my mind obsess over it and its accompanying symbols/kingships of waves and water (MYM), thinking of words that began with the letter M, humming (M hums, Sh hisses), writing out the letter over and over, and whenever I broke from these concentrations guiding myself back on to the path.  My mind thus excited I pursued the letter on the astral - carving into the membrane of my vision and letting the light spill through the gate.  The letter would fluctuate, change shape, elude me, multiply, flash and then it was held.  A letter engaved on the clay of the mind carved out, quarried, and finally sculpted from the stuff of the astral. People speak to a variety of lunar deities, some speak to the Moon, but very few seek to speak to the letter M herself. 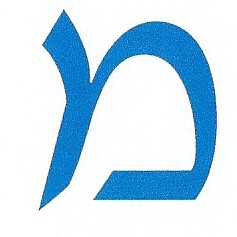 After several days of this, one afternoon I returned from work to find that a giant M had been constructed in scaffolding over the back of the building I was renting, the landlord was doing some work on the windows in my upper floor flat.  I entered the room and looked out through my window, through the M, and was amazed by a beautiful sunset that cast a golden light on a pyramid shaped building in the city, an approaching rainstorm and a gigantic double rainbow.  The letter cracked open like a chocolate egg in my mind and a delicious caramel of mystical ecstasy flowed through my blood.  I left the flat walking through the M on my house towards the M in the sky over the city.  My heart was racing, and my mind, stunned but beginning to interpret the phenomena as I went towards it.  As my mind operated on the experience of the event, I could feel it working like an enzyme, breaking down the experience through analysis, turning it into words, robbing me of direct experience and as this happened the rain clouds drew ever closer.  I turned a bend in the road and a swan, out of nowhere, fell from the sky and crashed into the pavement.  I stopped.  This swan was a symbol for my heart, brought down from the mystical, magickal experience through too much interpretation and analysis in those first few minutes.  It turns out that when the emergency services arrived to rescue the bird that it had crashed because it was dehydrated. 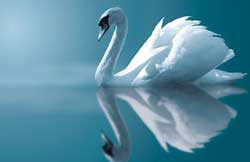 It is difficult to maintain what Kaplan refers to as Chokmah consciousness or non verbal consciousness.  One of the leading causes of failure in astral work is that you will analyse the experience you are having (turn it into words) causing it to break up or corrupting it with your preconceptions and judgements.  Judgement is the root of the shattering. In learning how to explore visions and experiences like this, Kaplan suggests that your consciousness is a penduluum you learn to swing longer into Chokmah ever extending your time in this state but when your heart runs returning to the place.  Mystical and magickal pursuit of the letters themselves enriches your mind and your experience of reality.  Rather than simply spending your time with spirits and other characters from the Book of Time you are reaching into the principles of the enchanted language itself - a chemistry of spirits, not a sociology.  You learn to see past the exterior of the being and into the code itself. Like the genetic physiognomy discussed throughout the Hermetic Lessons, Kabbalistic work with the letters lets you reach into the physiognomy of spirit itself.  And like the last fifteen years of experiences, I am ever thankful to Raziel for showing me the way.

He bound the twenty two letters to his tongue,
And revealed to him their foundation.
He drew them in water,
He flamed them in fire,
He gave them sound with breath,
He ignited them with the seven planets
And directed them with twelve constellations.