Ten Sefirot out of Nothing, according to the number of the ten digits, which are five against five and a single convenant to be determined in the centre.  In word and tongue and mouth, they are ten extending beyond limit: depth of Beginning, depth of End, depth of Good, depth of Evil, depth Above and depth Below, depth of East, and depth of West, depth of North and depth of South, and the Sole Master and Lofty King faithfully governs them all from his Holy Dwelling in Eternity, Forever.

The 10 sefirot are occupied by the 10 depths - (good-evil, future-past, north-south*, west-east, up-down**) - these ten depths are the axial endpoints of the 5D hypercontinuum that we exist ''within''.  The diagram is 2D what it represents is 5D.  Remember this always.

The 3 horizontal paths are occupied by the 3 elements.  The elements are arranged in their rational order - Air, Water, Fire - the order of creation of these elements in the Sefer Yetzirah***.

The 12 diagonal paths are occupied by the 12 zodiac signs.  These are arranged from Aries to Pisces in the traditional order of the Zodiac from the top to the bottom.

The purpose of this diagram is to *educate* the WMT on the absurdity of the erroneous Kircher Tree which violates this basic rule of construction.  I have taken every step possible to show the rule of 3, 7 and 12 - the paths are colour coded, the depths are colour coded, etc.

I do accept the possibility of manipulating the position of the letters (permuting them) within the rule of 3, 7 and 12.  For example, from the source text (the Sefer Yetzirah) you can make arguments for positioning Fire in the topmost horizontal (as does the Ari) or making ''Keter and Malkuth'' the depths of Good and Evil, and Hokmah and Binah the depths of Future and Past and several other variations.

I discovered this structure after pathwalking all letters and their Kingships for five years with a dedicated Sefer Yetzirah study group after which a gateway opportunity opened that took me to Prague (literally ''the threshold''). I continued working with this system and Cellular Consciousness for five more years in this celebrated city before another series of pathwalkings (theatrical and otherwise) found me living for a year in the residence of Sir Edward Kelley (during his time in Prague) at the infamous Donkey in the Cradle house.  During this time I began to work with the 231 Gates.  A great deal of this lifelong project and exploration has emerged from work with my magickal memory, and substantial research guided by maggidim such as Saadia, the Maharal, and the Archangel Raziel.

However, I have not placed the Hebrew letters on this Tree or used the traditional Kabbalistic titles. This is not because I don't believe in the value of traditional Kabbalistic analysis of the letters of the Alefbeit, or letter meditations. Throughout my Blogos you will see reference to Tzeruf, Gematria and various other traditional kabbalistic approaches. I asked my artist to make this diagram to educate people involved in the WMT on how important the rule of 3, 7 and 12 is in maintaining the integrity of the Tree of Life and the severe lack of knowledge of Hebrew and the Sefer Yetzirah (*the* core Kabbalistic text) in our community only impedes this understanding.   So in the spirit of transmitting this rule I have excluded the Alefbeit for the moment as I feel the general understanding of astrology in the community outweighs it.  I will produce a sequence of diagrams as above with all relevant information including both Kabbalah *and* Genetics.

The Saadia Tree does not conflate the Sefirot with planets, etc****.  Conflation of this kind within the Kircher related systems (777) leads to a very messy mangling of the core principles, you end up with things like 32=34, people get confused and the Tree begins to lose its sense.  It is also unnecessary. WMT adherents would argue that ''Yesod'' is associated with the Moon but you will see in the diagram that the ''path of the Moon'' leads to Yesod (which is the Depth of the West, or the passing of the day).

Anyone with a basic grasp of the WMT will see very interesting patterns within this rendering of the Tree of Life.  For example our middle pillar now becomes a ''temporal axis'' with Future and Past as the ''macrocosmic'' ends (Death and Birth) and with East and West (mediated by the ''path of the Sun'') as the ''microcosmic ends''.  Time passes within the limits of our birth (associated with the path of the Moon) and death (associated with the path of Saturn) and with the rising and setting of the Sun in the East and West.

One could also compare and contrast the positions of Mars and Jupiter.  The path of Jupiter mediates between the Depths of Good and South (Warmth/Expansion), the path of Mars between the Depths of Evil and North (Cold/Contraction).  These associations should resonate for anyone with an ounce of astrological knowledge.  The zodiac signs in their proper places now simulate the Zodiac Man***** in our ''aura'' while staying within the rule of 3, 7 and 12.

I will provide more detailed exegesis of this system as time passes (and answer any questions) but I want you to note that I am not saying that this is the ''one way'', I accept the rule of 3, 7 and 12 has some useful variants, but I do think this is the most rational way and that Kircher in its deviation from this is a severe error.  I also agree that whilst we should accept that ours is an individual and private path that selfsame individualism occurs within the space-time-observer continuum which is what our Tree of Life is intended to show.  I am not trying to ''fence you in'', or limit your possibilities just demonstrate the field within which those possibilities can happen. I am trying to show you the basic principles of the Tree of Life which the WMT has misinterpreted for an embarassing length of time.

Remember that when other writers mock such maps they generally have been working with the wrong one for their entire occult career (or at least during that part of their career that they were exploring ''Qabalah'').  Most of them never properly studied the Jewish Kabbalah  but only Golden Dawn, Crowley, et al, ad nauseaum, derived commentaries on the Kircher Tree. They were right to mock and abandon the Kircher Tree but the Kircher Tree never was the Tree of Life and its barely a Tree at all. Its really embarassing because the rule of 3, 7 and 12 is so obvious as to be glaring at us, as I hope the diagram shows, and we, collectively were really very stupid to miss it.  That goes to show what dogma can do.  I understand the colossal implications of accepting this error but the truth will out.  With sources such as we have today maintaining this ignorance is utterly idiotic.

If you don't already own a copy of Sefer Yetzirah in Theory and Practice by Aryeh Kaplan and you are serious about understanding the WMT then purchase one now.  This is definitely not your ''101'' spellbook, this is your access to ''the mystical experience par excellence'' and will teach you, as Kaplan suggests, ''a special form of telekinesis''.


*North-south could also be understood as the axis of cold/warm and contract/expand.
**Up-down are fairly relative on an Earth spinning in space.  I would prefer in/out or rise/fall.
***The order in which they appear in the *storm*, our lightning flash.
****One of the reasons such conflation occured is because people identified ''Sefirot'' with Spheres.  The word Sefirot is not related to Spheres but means counting, text, etc.  It could be related to cypher and sapphire (sappirot).  As such the Sefirot are best represnted by points, and the paths as the lines on the cut stone, Sefirot being the point where those lines meet.  Sefirot in this sense are better understood as confluxes.  I am not saying spheres aren't useful in meditation, they are, but lets remember that they are 3D and we are discussing a system in 5D.
***** 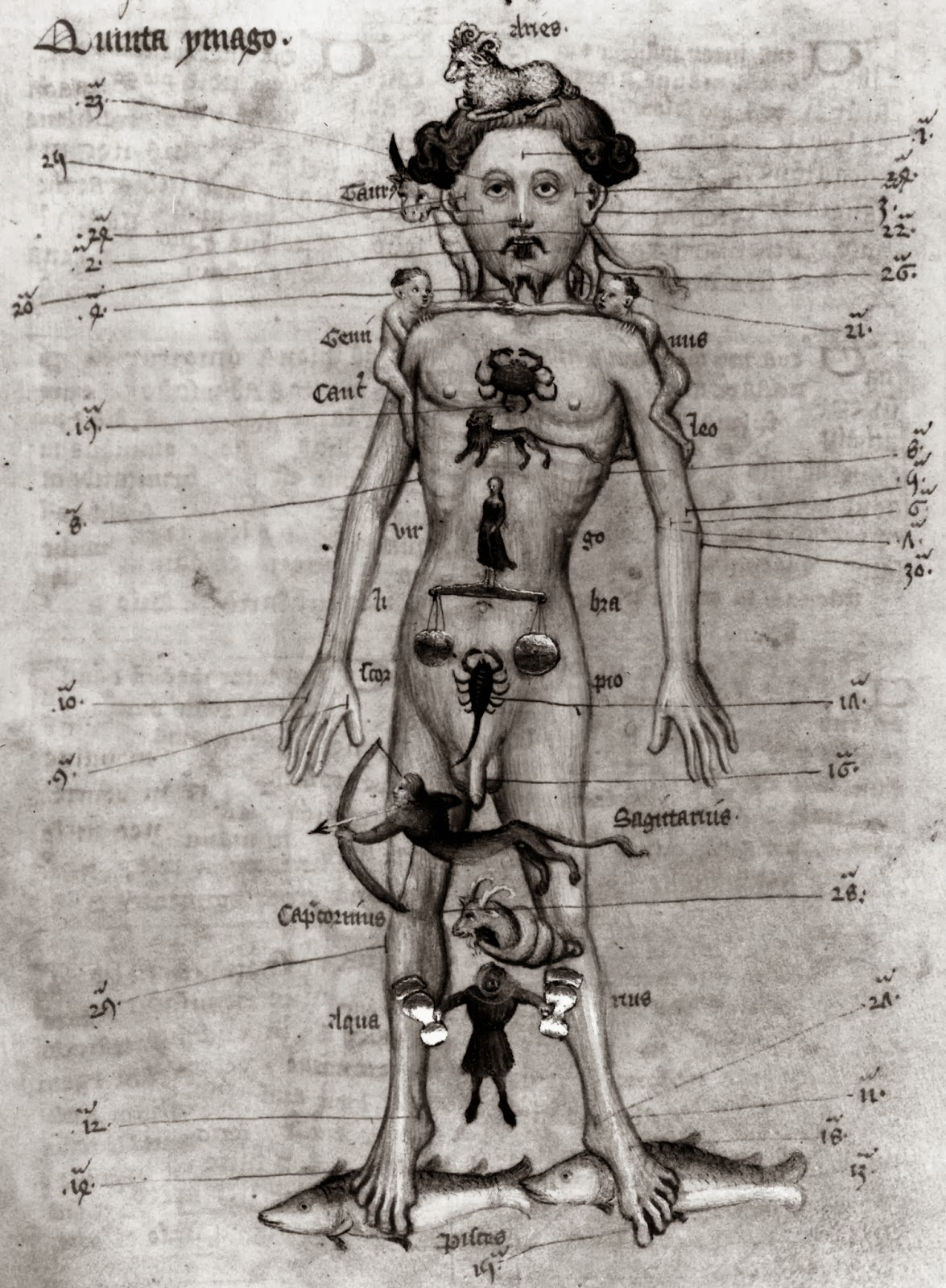