2023 - The Year of A'arab Tzereq, The Invasion of the Body Snatchers

And so this is the end of our story
Everyone is dead from AIDS
It took from me my best friend,
My only true pal, my only bright star
(He died of AIDS)
Well I'm gonna march on Washington,
Lead the fight and charge the brigades
There's a hero inside all of us
I'll make them see everyone has AIDS

Everyone has AIDS, Team America 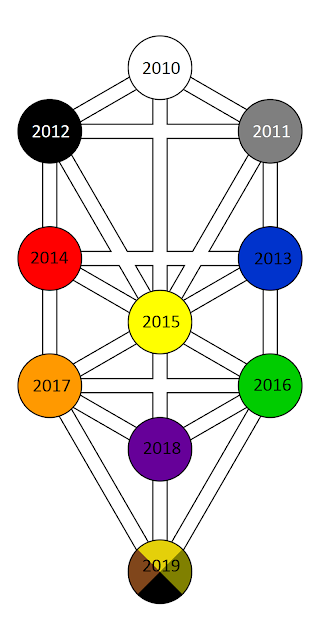 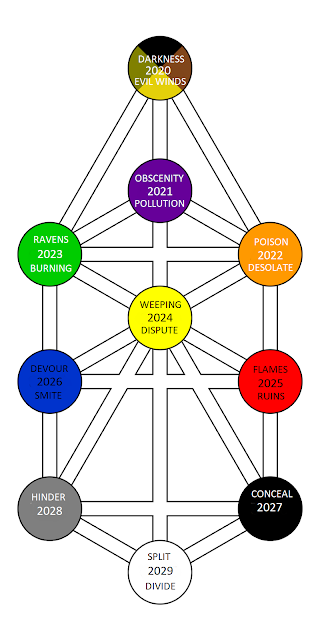 THE QLIPHOTH: THE DARK CONCLUSIONS 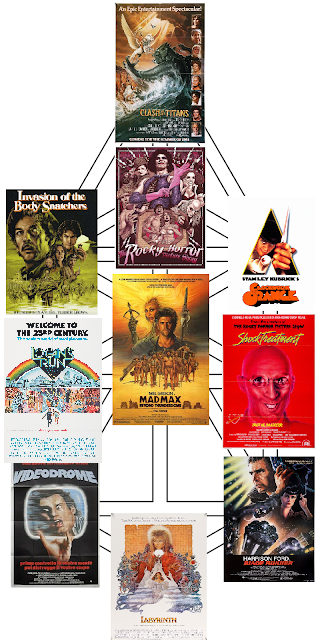 2023, The Year of the A'arab Tzereq (Burning Ravens of Dispersion) will see the beginning of Invasion of the Body Snatchers, in my opinion one of the most genuinely terrifying films in the Cult Movie Meta Theory development of the Unifying Colour Theory.  One of the reasons why I struggle to hold back my tears in this movie is that what Invasion of the Body Snatchers invades is a love story.  It seeks to replace that personal human love story that is ultimately what humanity is with the love of the hive and in so doing kills stories altogether.  In this darkness of future's past I will give you a taste of what I believe lies ahead from 2023 - 2026 and an idea about how to get ahead of the weather with countermagic and alchemy.  In my pursuit of the truth, I have employed ''bureau guidelines, deductive techniques, Tibetan method, instinct and luck'', but ultimately the source of perfect light to defeat this darkness truly burns in your own heart, we can only provide the tools and you will have to wield them for yourself.  If your heart runs from this reading, return to the place.

As anyone neurologically still functioning can see by now the events of 2020 have lead inexorably to one of the true goals of the Demolition Team the imposition of the green pass or health passport and digital ID (with chip already in some areas) and normalized the means to enforce it.  In reviewing various versions of this passe-sanitaire that have been distributed by governments and supranational bodies (WHO me?) we can see that there are places for multiple diseases not simply lilifluenza - some have been left as ''field blank'' in order to avoid huge technical problems in the future when they have to update their databases and spreadsheets.  In my own vision work in mid-2020 I projected to the north-western Canada of 2025, just outside one of the newly built ''smart cities'' in a ghetto type area occupied by climate refugees.  The refugees were caught in a wicked game of access to the city - their green pass would not be considered valid and they would not be permitted to enter the city unless it contained three vaccinations along with a general health check.  All of these required money to realise and climate refugees were forced to work either in PPE factories or synthetic food generation (Tofu factories).  The general medical part of the health pass also required maintaining a veneer of health while working in these desperate conditions having fled even more desperate conditions in the past - this veneer could also be gamed by a combination of expensive supplements.  Criminal gangs preyed on these refugees and many were forced into crime, sex work, or other degradations, in order to get the money, or fell prey to drug addictions and enslavement and never even managed to leave this ghetto.  Neither the refugees or the inhabitants were allowed the kind of access to nature we currently still kind of enjoy on the grounds of human action triggering fires etc.  Weird psychological barriers were already in effect with the banning/cancelling of old anthropomorphic animal cartoons on eco-critical grounds (a Wokish arms race development of what we see in critical race or gender theory right now). These barriers to Nature were in fact concealing something else going on in the heart of our turbulent and vengeful mother but that is a story for another day, maybe another year.  The most important part of this vision for us today is the nature of the diseases - there was a respiratory virus, a fungal infection and a bacterial infection.  The fungal infection caused unsightly and uncomfortable rashes and lesions while, strangely to some it may seem, it was the bacteria that caused hallucinations and cognitive impairment (something like neisseria meningitidis I imagine).

Although Invasion presents us with a number of tragic and/or insidious variegated futures of what will be meant by body-snatching I want to focus in on something that seems obvious to me as both a very literal reading of the film and of the logical development of the events of the last two years i.e. the fungus.  Knowledge (and symbiosis) of fungus has been seeded into the consciousness as effectively as viruses were, but burning in the background while the virus took the foreground, with documentaries like Fantastic Fungi or shows like Star Trek: Discovery (which used a mycelial network to achieve faster than warp instantaneous travel) or habits like microdosing.  The mind controlling aspects of fungi are understood at the popular culture level by the hypnotised ant with a mushroom popping out of its head, but as with all microbial mind control its much more insidious than that in reality - when you are infected with anything you should not be sure that your thoughts are entirely your own, if you can truly claim any belong to you when you have rid yourself of all the marketing that masquerades as ''society''.  If you can then this is your light of reason (logos). During the wave of infections in India horrible stories began to emerge of a black brain eating fungus, mucormycosis, which had eaten into the faces of COVID-19 victims and which required literal defacing surgery to treat.  Ostensibly the reason given for these infections were that they were opportunisitically taking advantage of the suppressed immune systems caused by steroid use in treatments.  The astute will now see where this is going.

When it comes to the discussion of adverse side effects most people focussed on blood clots to begin with, then menstrual disruption in women and now myocarditis particular in young men and atheletes.  This is entirely consistent with the astrological associations of this Kircher-Structured Demolition, the Earth (for 2020, i.e. systemic) the Moon for last year (i.e. reproductive) and now Mercury (i.e. young men and athletes).  There has also been a genuine concern throughout regarding ADE or antibody dependent enhancement but the media focussed on those issues above to drive ADE into the background of public consciousness.  I remember a friend of mine talking about the risks of blood clots being mininal (because this is what the BBC said) and I told him to scan through the 57 pages of different side effects listed by Astrazeneca themselves while informing him blood clots were not my primary concern.  When it comes to the discussions regarding ADE people have dramatically focused on dying from a simple cold but what they have avoided is the less dramatic and more grotesque angle of opportunistic fungal infections leading people to scratch their own faces off i.e. ''the burning ravens'' who ''disperse'' spores.  If we are not tooled up the fungal threat is going to catch most people by surprise.

Mucormycosis then is the dramatic of the grotesque, while many of the fungal problems encountered by people with disempowered immune systems are as mundane as Athlete's Foot this particular spore on moldy bread, fruit, soil and basically just in the air with the rest has the right amount of visceral horror in it to justify more panicked reactions and more treatments.  The twisted narrative, already as twisted as a boa constrictor, may well run something like this.  People who are not ''fully vaccinated'' (i.e. even those with only two or three shots or six shots or whatever by then) cannot avoid ''covid'' and ''long covid'' leads to a weakened immune system which leads to an increased risk of catching the Burning Ravens.  This disease, or other fungal diseases, may not be fatal for everyone - like liliflu wasn't, or even lead to the defacing surgery seen in India in a western setting but they may well be very unsightly and therefore constitute an attack on both pride and especially vanity.  It is the fear of losing your face.  Although repeated mRNA treatments will continue to batter and derange immune systems and therefore in reality be the source of the problem, the pride of a great many is so wrapped around this narrative for a multitude of reasons, they will continue to take them.  The fact that the treatment itself acts as a blinding agent by clogging the pineal doesn't help either.  Hopefully you can now see what I mean by insidious - it does not have to be fatal to have an effect on society worse than something that actually is.  In order to preserve their looks and physical comfort people will be forced into more and more immunosuppression. An attack on beautification and looks (and on fruit and other soft tissues...) is entirely consistent with an attack on Venus and the Love Story.

Continuing on to the bacteria, strangely absent from a world that dementedly thinks it now only has one disease when there are millions of cases and a hundred thousand deaths every year from something as treatable as cholera, this final part of the unholy trinity will materialize sometime in 2024 and complete the microbial part of the Green Pass.  Changing climate patterns and multidrug resistance have already produced some miniature demon-titans in waiting that are the scourge of hospitals where they take advantage precisely of people with weakened immune systems.  As the ''ADE'' or immunosupression continues in society at large these little monsters will finally begin to enter the spotlight - and the push for more ''boosting'', probably mixed ''vaccines'' at this point or one vax to end all vaxes as it will be sold.  Again people will deny what this is doing to them for as Dr House used to say: Everybody Lies.  2024, the Qlipha of Tifereth, is defined by pride, whether it be the arrogance of man over nature, over his fellow man or over losing face.   This year the temperature will break the 1.5 degree threshold for the first time due to a combination of the sun cycle peaking in '24-'25 (solar max) and El Nino, which will form during the Summer of 2024.  This Mad Max experience will bring an energy crisis, catastrophe to developing economies, cause mass people movements requiring some kind of mechanism to manage climate refugees (see above) - and complete the segue from health pass to climate pass.  On the back of this the carbon credit system is finally imposed in some way by 2025 although Canada, New Zealand etc will lead the pack on this as they are leading the pack on the other thinly veiled climate restrictions.  The reason they are leading the pack is that they are destinations for these refugees - the USA, already the site of killer tornadoes, hurricanes, wildfires, and the rest of the beast legion of Cetus, will get a very rough experience of 2024 and its not going to be somewhere you necessarily want to be.  US Americans may well flee north alongside others.

By then your only choice will be to run for Sanctuary.  But do not run away in panic.  Run towards with courage.  The Run is a Love Story and Fortune always favours the brave.

Everyone has AIDS, Team America